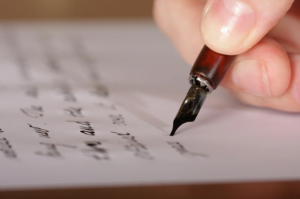 Some of you may have noticed that there’s some football on at the moment.

While the public mood has yet to match that of 2018’s World Cup (or indeed the 2016 Euros for Welsh readers), that looks set to change over the next few days. Wales face Denmark on Saturday and on Tuesday England will wrestle with the familiar challenge of how to score more goals than Germany.

In England, sporting events are among the few moments when we actually discuss or celebrate English identity. Research from British Future and the Centre for English Identity and Politics finds that the diverse England team has become a symbol of Englishness that unites people of all backgrounds, in ways that other symbols – such as the England flag or St George’s Day – don’t quite manage. We discussed our findings at an event with David Lammy MP earlier this month.

How to talk about race remains a key topic in our current work, following the report from Tony Sewell’s Commission on Race and Ethnic Disparities (CRED). ON Monday 28 June we hosted columnist David Aaronovitch, Windrush campaigner Patrick Vernon, writer Dr Samir Puri and scientist  Dr Maggie Aderin-Pocock – a CRED Commissioner – to discuss whether teaching Britain’s history of race and Empire in schools could help forge a shared sense of belonging. Click here to watch back and read our report from the event.

On Tuesday 29 June we join Ipsos MORI and the Policy Unit at Kings College London to discuss new research and ask ‘Can we call off the culture war?’ – register here.

A great example of how to engage these issues in practice comes from Falinge Park High School in Rochdale, whom we’ve worked with recently as part of our Remember Together campaign. Students has been reaching out to the local community to uncover and share local, untold stories of the black and Asian contribution to the Second World War, and many people have some forward to share their family history. The videos are really worth a watch. We’ll be working on a similar project with an East London school in the lead-up to Remembrance Sunday this autumn.

Watch it back: Policing in Modern Britain – A British Future event earlier this month discussed race and policing, with CRED Commissioner Keith Fraser, HM Inspector of Constabulary Wendy Williams and social justice campaigner Duwayne Brooks, You can also read my report (and watch back on video) here.

Coming up next month, on Sunday 4th July we’ll be joining millions across the country to mark Thankyou Day, the national moment to bring people together, that our partner the Together Coalition is helping to coordinate.

And later in July, we’ll be partnering with the Refugee Council, Together With Refugees and other organisations to mark seven decades of refugee protection, on the 70th anniversary of Britain signing the UN Refugee Convention.

Party Conference – We’re also currently planning British Future’s programme of Party Conference events for the autumn. If you’d be interested in sponsoring or partnering with us at party conference, please contact Events and Engagement manager Lucy Buckerfield at lucy@britishfuture.org.

Finally, British Future is now collating a monthly overview of the most interesting new attitudes data, to share with our friends and contacts. You can see this month’s edition here. If you would like to be added to the distribution list, do drop me an email.

And as ever, please don’t hesitate to get in touch if you’d like to discuss any other aspects of our work.

British Future in the news

Why real England fans will cheer, not boo, the team at Euro 2020, Big Issue

Euro 2020 and the search for a new Englishness, Spectator

Thousands of refugees would be rejected under UK’s tougher new rules, The National