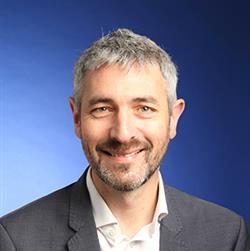 Alasdair Murray, Chair of British Future's Board of trustees, is Director of External Affairs at KPMG UK, the professional services firm. He was previously a director at Quiller Consultants, providing high level strategic communications advice to leading businesses, government, NGOs and campaign groups; Director of CentreForum, the liberal think tank; and Deputy Director of the leading EU think tank, the Centre for European Reform. Alasdair started his career as a journalist serving as Economics correspondent and then as Brussels correspondent for The Times. He is a director of the RAMP parliamentary migration project, and an advisor to the Democracy Fund. 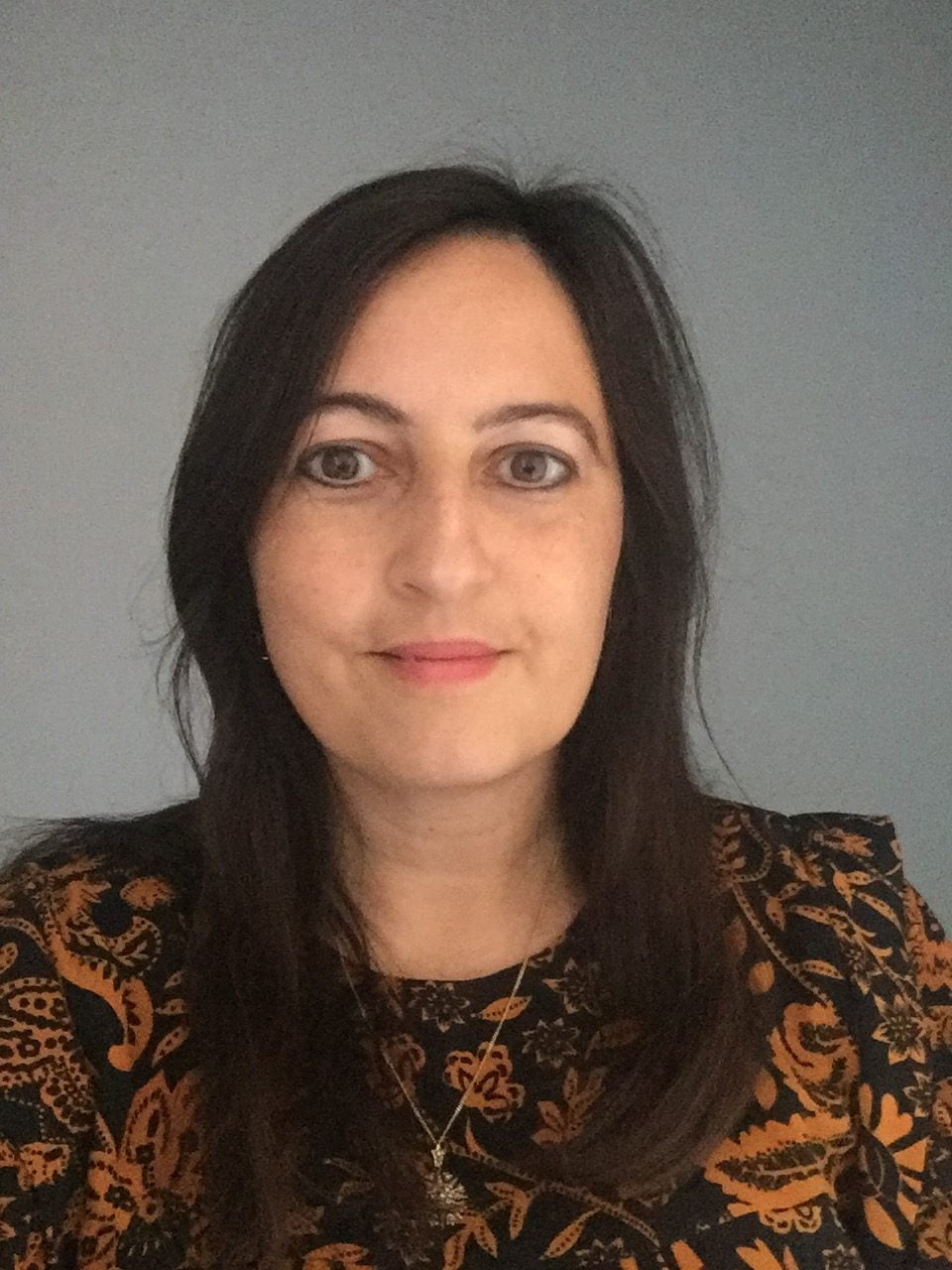 Ayesha Saran, Vice-Chair of British Future's Board of trustees, works for the Barrow Cadbury Trust, an independent charitable trust based in London. She is the Trust’s Migration and Europe Programme Manager, managing and actively contributing to the Trust’s research and policy work as well as its grant-making in the UK and internationally. Prior to joining the Trust in 2008, Ayesha worked for intergovernmental organisations for eight years, firstly at the International Organisation for Migration in London. She then became a Foreign and Commonwealth Office secondee to the Organisation for Security and Co-operation in Europe in Albania. Her work there involved political analysis and reporting on issues including elections, trafficking and human rights. By the time she left Albania six years later, Ayesha was managing a network of regional project offices and part of the senior management team. Ayesha also spent some time working as a freelance journalist in London. She currently works in a non-executive capacity for Minority Rights Group International, an international human rights organisation 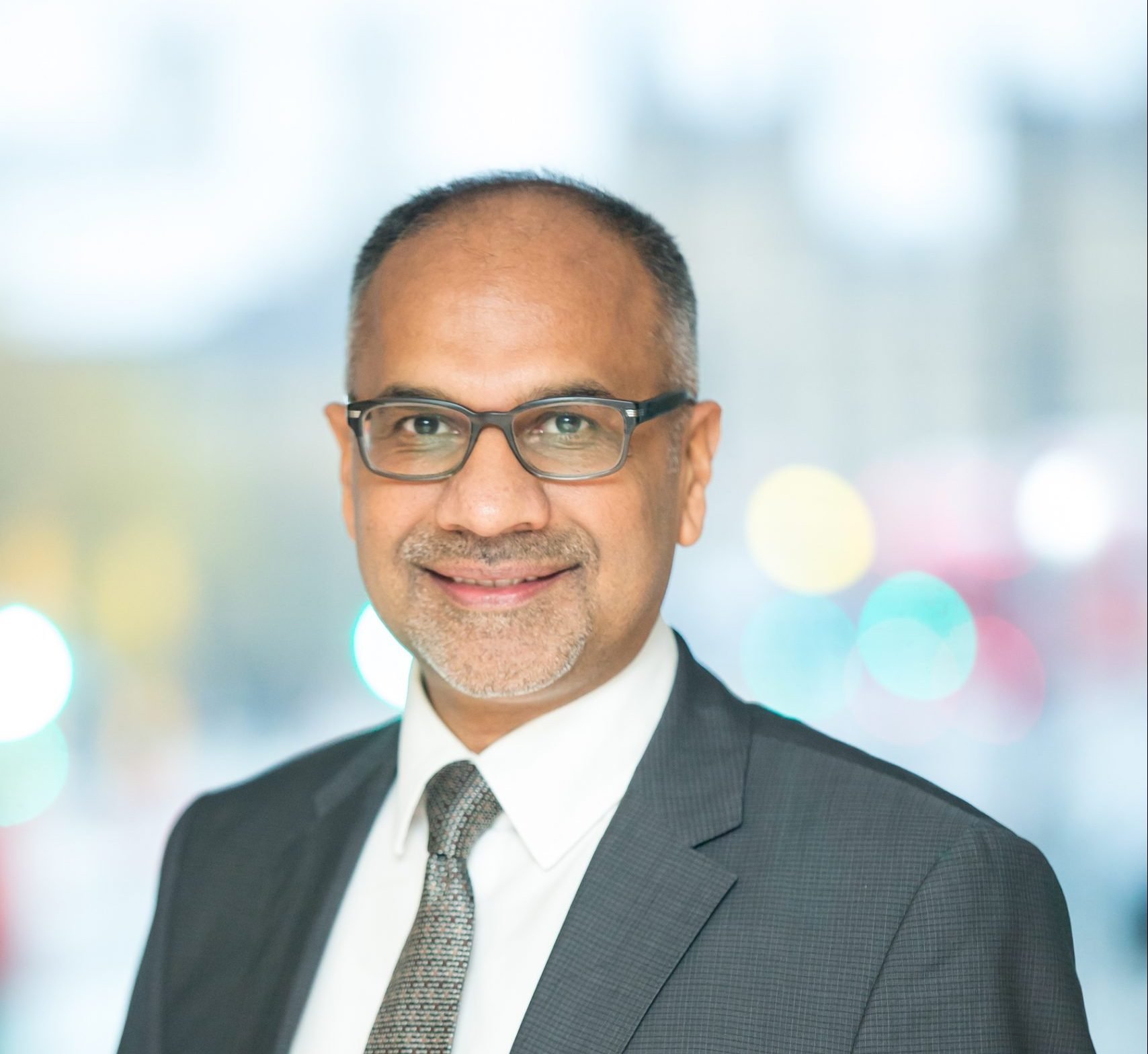 Shailesh R Solanki, Vice Chair of British Future's Board of trustees, is the Executive Editor of Asian Media Group, (AMG), Britain’s biggest Asian publishing house. Established in 1968, AMG publishes a stable of consumer and business titles in the UK and USA aimed at the Asian community. Shailesh graduated with a BSc (Hons) in Economics from University College, London and has over 25 years’ experience in consumer and business journalism. He has chronicled the progress of the Asian community in the group’s various publications which include Eastern Eye newspaper, Garavi Gujarat newsweekly, Asian Trader, Pharmacy Business, The Asian Rich List and GG2 Power List. Shailesh is responsible for the editorial direction of the group’s titles, the group’s events division and its US business which is based in Atlanta, Georgia. 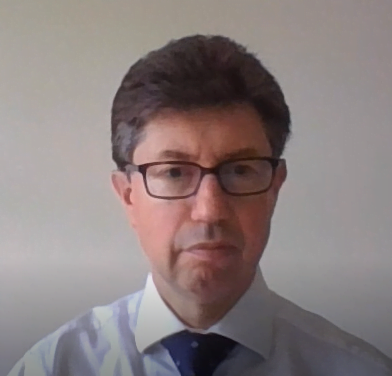 Howard Jackson is a chartered accountant with experience in the profession, commerce and not-for-profit sectors and has held executive roles since the early 90s. These roles included Audit Partner, Finance Director for companies in the construction, financial and professional services industries, and Head of Finance for a charitable foundation. Howard has worked with large and small businesses as well as start-ups and has delivered strategic and financial advice to boards of trustees, directors and owner managers through all stages of the business life cycle. In 2011, Howard was appointed managing director of FD Solutions, a business providing flexible finance directors to charities and SMEs. Howard now runs his own financial consulting company to help businesses improve their financial management and is Finance Director of Toynbee Hall, a charity that supports people and communities to break down the barriers that keep them in poverty. 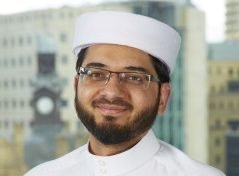 Qari Muhammad Asim MBE is chief Imam at Leeds’ Makkah mosque and a senior lawyer at global law firm, DLA Piper. He is the only Imam in country who leads daily prayers at the mosque and also works full-time in the corporate world. Qari is an independent member of the Government’s Anti-Muslim Hatred working group, senior editor of http://www.imamsonline.com/, a platform promoting mainstream Islamic voices and combating online radicalisation, and an advisor to the Mosques & Imams National Advisory Board (MINAB) and an executive member of the British Muslim Forum. He is passionate about fostering relationships between communities and is a member of a number of inter-faith organisations. Qari is also a board member of Yorkshire Asian Business Association, which aims to support Asian businesses, and represents its members on a national and international level. 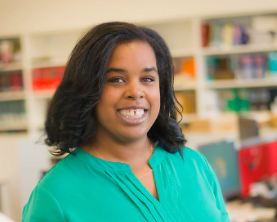 Andrea Als is a senior solicitor within PricewaterhouseCoopers’ UK Legal practice and a Government Liaison Lead within the Immigration department. Andrea is a Government Liaison Lead within the Immigration department. As a result she works closely with the Home Office on consultations to assess the impact of the frequent changes on clients. Andrea advises on the ‘live’ tiers of the Points Based System, Immigration and Nationality matters and provides specific advice on the mechanics and architecture of the Points Based System. She is an active member of ILPA, and regularly delivers training to other lawyers within the industry. She also writes for a number of legal publications including Butterworths and Getting the Deal Through as well as being on the editorial board of Lexis Nexis for Business Immigration. 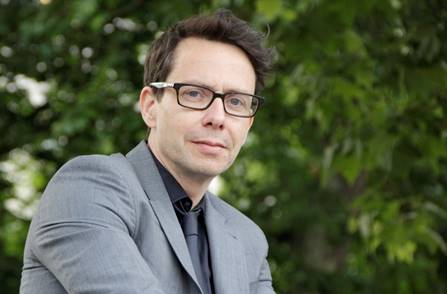 Bobby Duffy is Professor of Public Policy and Director of the Policy Institute at King’s. Prior to joining King’s, Bobby was Managing Director of the Ipsos MORI Social Research Institute, which is a team of around 230 researchers in London, Manchester, Edinburgh and Brussels, and Global Director of the Ipsos Social Research Institute, across around 30 countries. He has worked across most public policy areas in his career of 25 years in policy research and evaluation, and has been seconded to the Prime Minister’s Strategy Unit and the Centre for Analysis of Social Exclusion (CASE) at the LSE. Bobby also sits on several advisory boards for think tanks and universities, as well as the Campaign for Social Science. His book, ‘The Perils of Perception – why we’re wrong about nearly everything’, was published by Atlantic books in September, drawing on a unique set of global studies on how people misperceive things like immigration levels, crime rates, obesity levels and many more key social realities. 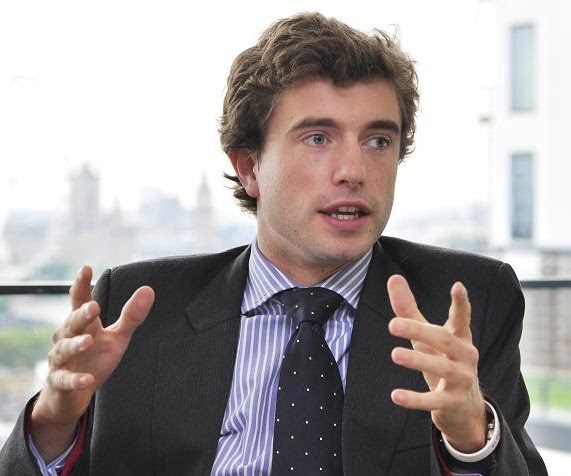 Ed Greig is the Chief Disruptor at Deloitte. The Disruption Team he leads works with new technologies to deliver tangible benefits as quickly as possible to Deloitte’s clients and within the firm itself. Despite working with the coolest tech around, from digital realities to robotics, the team’s strict mantra is “Fall in Love with the Problem, not the Solution”. They do this by focusing on creating a coherent end to end user experience, by thinking big, starting small and testing often, recognising that the real problem is bringing about cultural change enabled by technology, never about just implementing a technology solution. Ed was a farmer and butcher before he joined Deloitte in 2009 as a graduate and has since worked across every industry and with clients ranging from global multi-nationals to start-up social enterprises. He has recently returned from four months parental leave after the arrival of an awesome Mini-Disruptor. 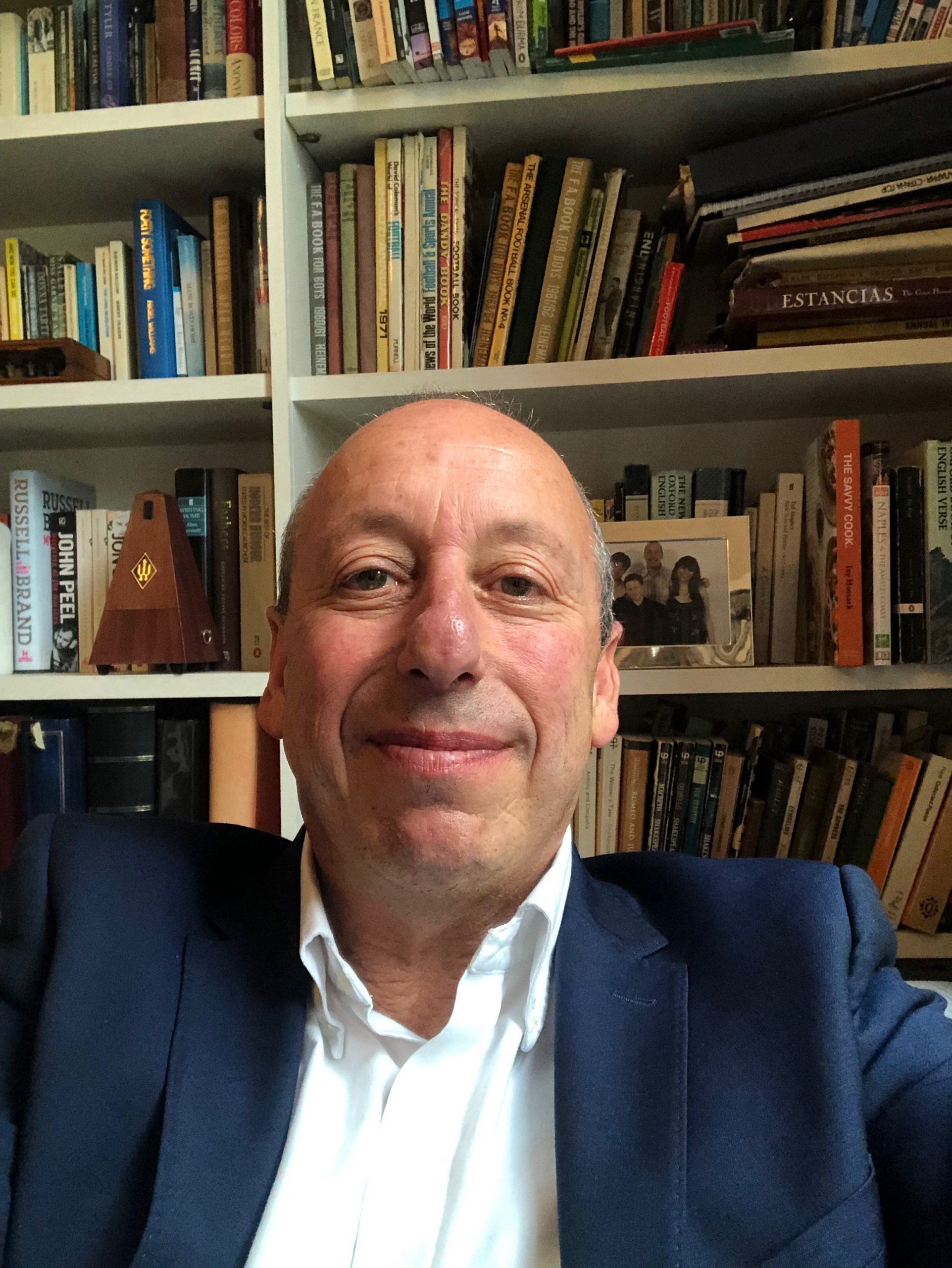 Sam Jacobs was born and grew up in London, studying English Literature at Cambridge University. Sam has been a trustee of the Arts Depot, London and led a national student union and served on Trade Union and Anti-Racism committees. He has worked in the high technology sector since 1983 working for a Silicon Valley data company for the last 15 years, and has mentored startups. Sam has also worked with a technology which enables internet access for students in developing countries. Sam is a member of the IT livery charity company working on developing skills and enabling youth in London. 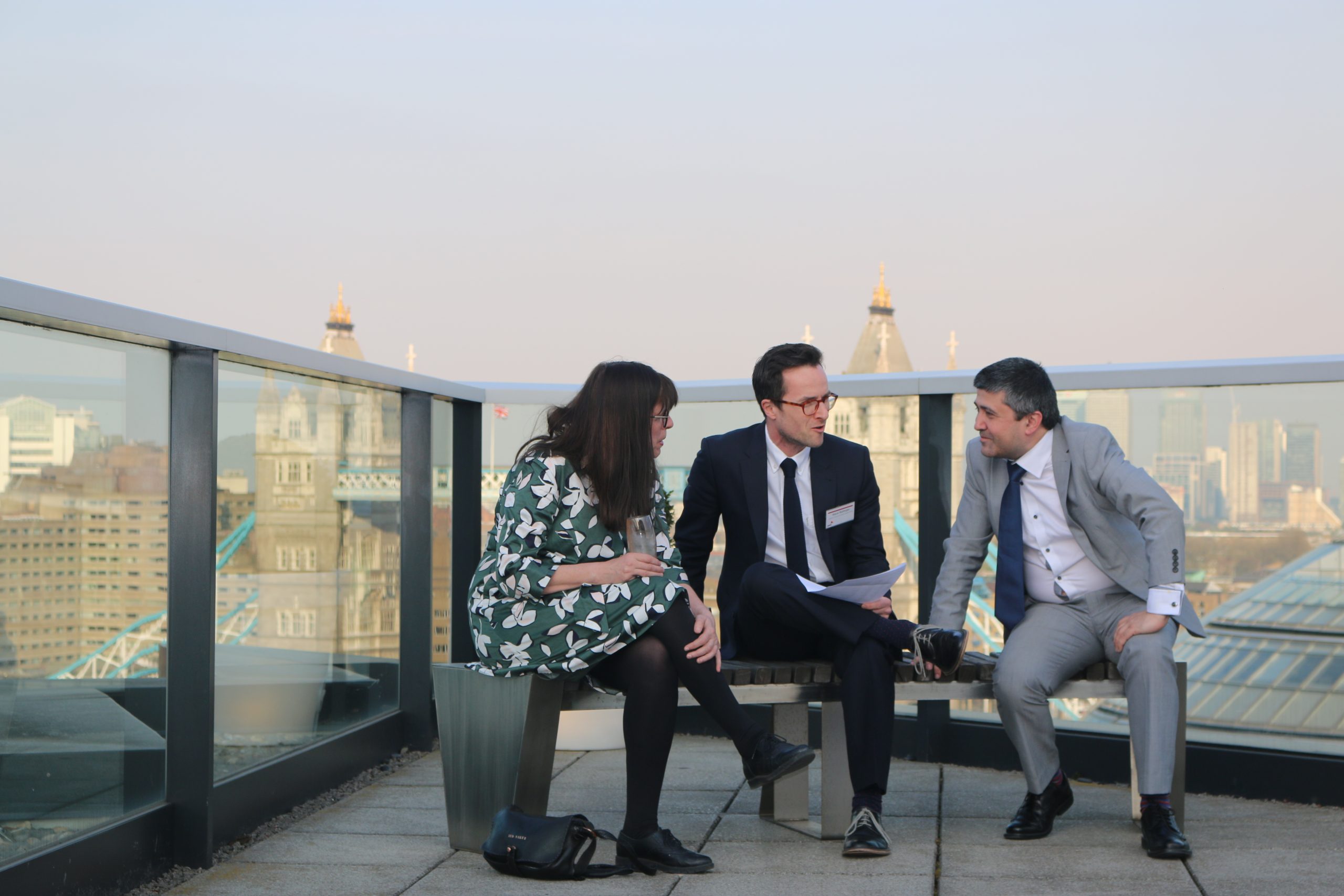