Bringing Britain Together – our vision 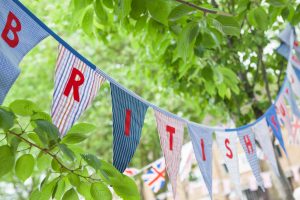 A more confident, welcoming and inclusive Britain – the mission at the heart of British Future’s agenda – resonates precisely because most of us are aware that is not the country that we live in today.

British Future has a strong presence as a thought leader on identity, race, immigration and integration – engaging people seriously in how we handle the issues that can divide our society.

The stakes are now higher than ever.  COVID-19 has changed everything, making us rethink how we interact with each other, how we work and how we keep vulnerable members of our society safe. Its public health impacts are already plain to see, while sadly much of its economic impact may yet be to come. Yet it has also made the need for reconnection more important than ever.

The Black Lives Matter protests, which started in the very different context of the US but soon mobilised Britons too, have brought ongoing racial inequalities a new, national prominence – just as COVID-19 showed how ethnic disparities can literally be a matter of life and death.

And at the same time, Britain is embarking on the most important political change in half a century at a time when our country is more anxious and fractured than any of us would want. The referendum vote of 2016 illuminated long-standing divisions – between the capital and the regions; between generations and social classes, minorities and majorities. It also presented new challenges: not only the complex policy and diplomatic issues of Brexit but also broader issues of rising hate crime and democratic mistrust.

How to respond? A strong liberal instinct is to fight back and mobilise ‘our tribe against theirs’: if somebody wants to start a culture war, then surely we need to fight and win it.  Yet such a battle between two opposing minorities will generate much heat and little light. A glance across the Atlantic to the dystopian mood of a divided America warns that a cycle of mutual polarisation, in which both the volume and temperature of the angriest public debates is ratcheted up ever higher, will never unite us around inclusive values.  That cannot be where we want Britain to be five or ten years from now.

So this must be a time for the staunch defence of the values that make us the country we are. But those values must be defended effectively – not polarising between ‘open’ and ‘closed’, but accepting the challenge to defend liberal values in a way that makes sense to the majority of our fellow citizens.

That will mean showing how the gains of being an open society can be more widely shared.

Some will recognise this as a moment of challenge and danger, so will seek to ‘limit the damage’. But we will also need a more ambitious mindset for this ‘reset’ moment, if we are to seize the opportunity to set out a broader vision that brings people together.

What is unusual about British Future’s work is not the widely shared aspiration for a more confident and inclusive society, but the distinctive way in which we work towards it.

We are a thinktank that understands that policy expertise alone cannot shift highly salient and polarised debates. It also requires a deep understanding of how people think and how politicians, business and civic leaders need to communicate if they want to shape debates about the issues that matter most to people.

Our journey to build a common future must begin with a serious engagement with the anxieties that most people feel, so that we do not find ourselves only talking to those who are already confident about our future.

We understand that, as advocates for a more confident and welcoming Britain, we succeed in getting a hearing – whether from decision-makers or at the school-gate – when we are much more than voices of critique and complaint, by advancing constructive solutions to the big questions of the age.

Being strategic and responsive

Effective advocacy must be capable of navigating this era of dizzying volatility, when a new virus, a referendum or election result or a terrorist atrocity can all transform the public agenda. That requires the ability to anticipate and respond in real-time, so as to be relevant to public conversations that we need to influence. It also requires a robust theory of change to ensure that we and others are responding strategically.

Getting the message heard

It takes creative flair to communicate that positive vision to the public in compelling new ways. That includes linking up unusual allies and long-standing supporters in ways that reach into conversations in living rooms and around kitchen tables across the country.

So we must now show that we do have viable responses to the challenges of the Covid and Brexit era. Our three core priorities will be:

British Future launched in 2012 to address the fractures in our society. Yet it did so in an Olympic and Jubilee year that offered a vision of how Britain is at its best when people come together. We saw glimpses of that spirit again in the early stages of the COVID-19 lockdown, as people looked out for their neighbours and applauded those who helped keep us all safe. Yet many felt that that past divides had soon started to re-emerge.

If we fear those divisions widening today, the task of finding common ground is more urgent still. It is now time to work together for the shared future we want.