What Britain thought of the First World War centenary 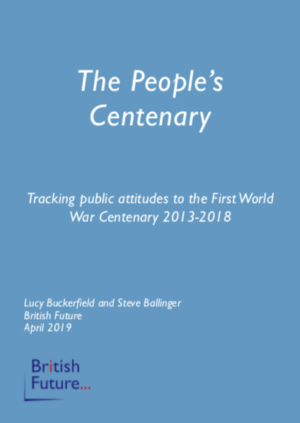 What is more, the centenary succeeded in making events that took place a century ago, with no surviving combatants and a scarcity of documentary footage, feel relevant in the Britain of 2018. It triggered emotional connections through family links, by place and through greater understanding of the war’s impact on the society we live in today. It made us think more about the history that we share and which has shaped our identity today.

It is little wonder, then, that respondents to the 2018 research felt that we should mark the 2039 centenary of the Second World War with a nationwide commemorative programme on a similar scale. That may seem a long way off now, but it will be important to capture the lessons of a programme of centenary activities that not only steered a course through the polarising events of the last four years, but also offered a sense of common ground that transcended contemporary divides.