Windrush and the need for Home Office reform 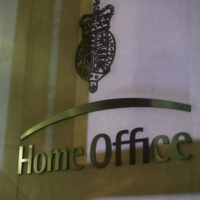 The publication today of Wendy Williams’ report from the Windrush Lessons Learned Review – which criticises the Home Office for, among other things, “institutional ignorance and thoughtlessness” and a “culture of disbelief and carelessness” – underlines the pressing case for reform of the Home Office, writes Jill Rutter.

The report examines some of the Home Office failings that had a devastating impact on individuals, leading to people losing their jobs, their homes or even being deported from the UK. It also further undermined public confidence in a government department that has long been seen as underperforming.

While immigration has become less salient as an issue, trust in the government’s ability to manage migration is low. Recent ICM research for British Future and the Policy Institute at King’s College London finds that just 15 per cent of the public feels that “on the whole, I feel that the Government has managed immigration to the UK competently and fairly”. Four out of five people disagree.

A number of factors have contributed to low public trust – some local, some national. But among them is the poor performance of the Home Office across a wide range of issues. The Windrush scandal in 2018 and the failure to remove foreign national offenders in 2006 were high profile issues that led to Home Secretaries resigning. Much lower profile, but equally damaging, have been “everyday” failures such as delays and mistakes in the asylum system. Fixing the Home Office must be high among the government’s priorities.

There are some functions that it performs well: it takes about three months to get a Tier 2 (General) visa in the UK for skilled workers, compared to up to 19 months in Australia and longer still in the US. The EU Settlement Scheme had concluded 2,450,220 cases by the end of 2019, with most applicants receiving a decision very quickly. But there are numerous areas where the Home Office performs badly and where mistakes and delays have a high impact on people’s lives.

The treatment of people from the “Windrush generation,” who came to the UK from the Caribbean to help rebuild the country after the war, brought to mass public attention the failings of the Home Office and its impact on individual citizens.  The scandal came to light in the last stages of our National Conversation on Immigration project, which held face-to-face discussions on immigration with citizens in every nation and region of the UK. It was notable that almost everyone who mentioned it thought that those affected had been treated very unfairly.

But these are not the department’s only failings. Asylum seekers face long delays in receiving decisions about their case and are barred from working while they wait. In the year 2018-2019, just 19 per cent of asylum seekers had their decisions concluded within six months, and of the Home Office’s live asylum cases, 34 per cent of applicants had waited more than three years. Over 16,000 cases date back before 2007.

Decision-making is not only slow, but also poor. In 2018, the Home Office made 21,119 asylum decisions, of which 33 per cent were positive (in that the applicant was allowed to remain in the UK) and 67 per cent were refused. But of those who appealed against a negative decision in that year, 38 per cent were successful. This amounts to 4,467 cases where the Home Office got it wrong the first time round. As well as leaving people in limbo, poor quality decision-making costs taxpayers money through costly appeals.

So why is the Home Office getting it wrong? The Institute for Government suggests that there has been an under-investment in staff and IT in parts of the Home Office, and a disconnection between policy and operations. An example of this is “country guidance” that describes human rights and security conditions in countries from which asylum seekers flee. Whitehall civil servants write such country guidance, but it is immigration officers in Croydon, Liverpool, Cardiff and elsewhere who have to use it to decide whether the person sitting in front of them has a “well-founded fear of persecution”. This is a hard task, made harder by the impenetrable nature of country guidance documents that are not written with caseworkers in mind.

Immigration law is notoriously complex, and this makes parliamentary and media scrutiny difficult. Since 2010 there have been over 6,000 changes to the immigration rules alone. In such a situation, it is near-impossible for most MPs to keep track of the changes and fulfil their role of scrutinising the work of the government.

The Home Office needs to combine effective management of immigration with fairness to those who use the system. Achieving balance between these two policy aims has been difficult in the absence of any real strategy, save that of bearing down on numbers to meet the net migration target. Now that the Home Office has been liberated from this target, several things need to happen in order to improve this department’s performance.

The Home Office must learn the lessons of the Windrush scandal and ensure it does not happen again. Unfortunately there is a serious risk that it could. The EU Settlement Scheme is a massive task that has, on the whole, been delivered well. Yet if only a small percentage of EU citizens fall through the gaps it could create a new Windrush scandal on a much larger scale.

Of the 2.45 million EU citizens who had applied to the EU Settlement Scheme by the end of 2019, some 41 per cent had received pre-settled status. This gives someone five years’ residency in the UK, and it is expected that when this expires, EU citizens will upgrade it and get the right to live in the UK permanently with settled status. The Home Office should set out a strategy to make sure that all EU citizens who qualify for the EU Settlement Scheme are able to secure permanent rights of residence in the UK, making sure that those awarded pre-settled status are able to upgrade their documentation.

Improving the Home Office will also require investment. The government should make sure that the introduction of the new points-based system involves extra investment in Home Office staff and technology in all parts of the immigration, asylum and nationality system. Our ICM research found that a majority of the public (52 per cent) would feel more confident in the government’s ability to manage immigration if the Home Office budget was increased to recruit more immigration officers and make better use of technology.

The Home Office should use the opportunity of immigration reform to “clear the books” and look at ways of offering an affordable route to settlement and citizenship for those left in limbo, where they have been in the UK for more than ten years, can speak English and have no unspent criminal convictions. Asylum applicants who have been waiting for years for their case to be concluded are a group who would benefit from such an approach. Offering a route to British citizenship for this group would enable them to contribute to the UK.

We also need to find ways to increase transparency through real scrutiny of the work of the Home Office and immigration policy more broadly. When ICM asked people about a range of policies to increase public confidence in the government on immigration the most popular, supported by three in five people (61 per cent) was increasing accountability with ‘Government ministers held to account and forced to resign if they make serious mistakes’.

The Home Secretary should present an Annual Migration Day report to the House of Commons which makes recommendations for future policy over the year ahead, informed by advice from the Migration Advisory Committee (MAC), as well as a national and local programme of public engagement. Performance against targets and the Home Office’s migration transparency data should also be covered in the Annual Migration Day report – with rigorous parliamentary questioning of other areas of Home Office performance. The MAC has now agreed to publish an annual report.

The public and political scrutiny of the Home Office prompted by today’s report will be significantly overshadowed by the COVID-19 crisis. Politicians and civic society are focused, understandably, on how we get through this pandemic. The public’s attention is elsewhere. This would be to miss an opportunity, particularly at a time of internal change with a new Permanent Secretary.

There is a risk, too, that debate about the report is side-tracked by whether it should have been clearer on whether the Home Office’s actions constituted ‘institutional racism’. There was no team within the Home Office dedicated to dealing with the cases of the ‘Windrush generation’ and concerns raised about the impact of the Immigration Act 1971 were not listened to. Many people have concluded that in following this path the Home Office was deficient in how it dealt with cases involving race. But ultimately the semantics of the label used matters less than the clarity of the commitment to institutional change – and a strategy that can sustain it.