What are the challenges facing Generation 2012?

Spiralling house prices, increasing debt and record youth unemployment mean that Generation 2012, the group some have called “the lost generation,” face extremely tough times. Many have offered solutions for them, but how many of those speaking for Britain’s youth have actually spoken with them first?

What is so often missing are the voices and views of Generation 2012 themselves. Preventing a Generation 2012 from becoming lost can only be done by directly engaging Britain’s youth to find out what they want and how they can get a fair deal. 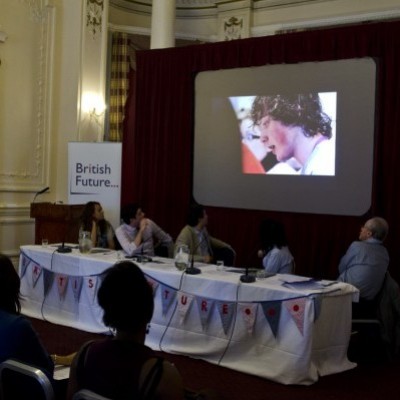 It was some of these young people that went with Sebastian Coe to Singapore in 2005, so that he could ask for the Games “on behalf of the youth of today, the athletes of tomorrow and the Olympians of the future”.

His promise that taking the Olympics to east London would help to inspire and fulfil the potential of youth helped win the Olympics for Britain. That is why,

just days before the Olympics start, British Future hosted an interactive panel debate on Generation 2012 at Stratford Town Hall, minutes away from the Olympic Village, as part of the Ideas Olympiad series of events in Newham.

In this session we asked 18-25s in the audience what is the one thing they think the government needs to put at the top of its priority list, and discussed whether this generation thinks that their lives will be substantially different from their parents, and if so how.

Danielle Grufferty, vice president of the NUS, said that it might not be the case the young people have it worse now.

“I think the future is pretty bleak for young people. But is it any more bleak these days? We had a lot of uncertainty in the 1980s and 1990s. We talk about the swinging 60s but I think they were just swinging for some people.”

However Demos’ Max Wind-Cowie said that young people’s future doesn’t have to be bleak; making politicians listen to young voices is crucial in ensuring they are represented by them. 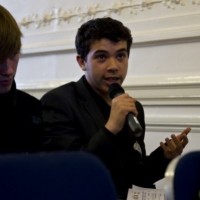 “I do think there are optimistic things that young people can feel now, if they engage themselves in the politics of this country. Politicians have been pandering to your parents’ generations and to do something about that young people need to engage in political conversations.”

YouGov’s Peter Kellner suggested mandatory voting as a way to get this involvement. The audience at the session was split in a vote over this, and against his suggestion of a £10 incentive to vote. Instead, teaching politics at primary school was suggested by an audience member.

But when discussing how young people are overshadowed by older generations, its important not to shift blame from the Government to other generations, said Dannielle.

“I think this gets the government off, I don’t blame people who were born in 1948 – apparently this was the best year to be born in.  I don’t want to put the blame on other groups in society.”

Many thanks to all who joined us – aged 18 to 25 and otherwise – to discuss the issues they face, and to the panel of Peter Kellner, president of YouGov, Carlene Firmin, founder of Girls Against Gangs, Danielle Grufferty, vice-president of the NUS and Max Wind-Cowie who runs the Progressive Conservatism Project at Demos. The event was chaired by Sunder Katwala, director of British Future, and kindly hosted by Newham Council as part of the Ideas Olympiad series.

If you didn’t get along please do add some comments, and tell us your ideas for one thing the government could do on our Facebook page here.

Watch our video from the event