UKIP joins calls to take students out of immigration target

UKIP has joined calls to remove international students from the immigration figures, while they are here to study, writes Sunder Katwala. 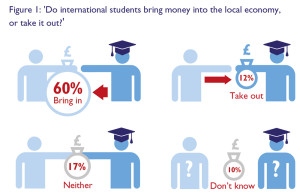 UKIP migration spokesman Steven Woolfe confirmed the new policy to British Future, after this had first been revealed on social media by BBC journalist Christopher Cook.

Woolfe said he was in favour of taking students out of the migration figures, arguing that it was a ‘misnomer’ to include them while here to study.

Woolfe told the UKIP conference that the party needed to produce a balanced and ‘ethical’ approach to controlling and managing immigration, and that this should include welcoming those who will contribute positively to the UK.

UKIP now join the Liberal Democrat and Labour parties in arguing that students should not be counted in the immigration figures.

Nevertheless, the current flow of international students  to the UK – a success of our universities, which rank among the best in the world – is one significant factor in keeping net migration considerably above the ‘tens of thousands’ target set by government.

Conservative voices, including Lord Heseltine and Mark Field, recently called for their party to rethink their position, noting that public opinion is strongly supportive of international students coming to Britain, and does not believe they should be counted in the immigration figures.

Jo Johnson MP, head of the No.10 Policy Unit, also called for a rethink, before taking up the Downing Street role.

By a three to one margin, the public believe that the government should not reduce the numbers of international students, even if that means a lower reduction in migration than would otherwise be the case.

This reflects the view that international students are good for Britain, with 60% believing they bring money into the local economy, and only 12% thinking that they take money out.