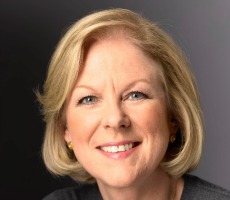 British Future has appointed Shirley Cramer as its new chair.

She is an experienced voluntary sector leader in both Britain and the United States, having held senior executive and non-executive roles in both countries.

Cramer said: “I am delighted to be the new chair of British Future which is making great progress in opening up new debates about identity, integration, immigration and opportunity in Britain today. This is a challenging time and it is vital that these issues are discussed in ways that include all our citizens. I look forward to working with trustees and staff to take forward the important mission of the organisation.”

Cramer grew up in Cumbria, taking a BA in Social Work at Bradford University and an MSc in Social Administration from Columbia University in New York. She is the new chief executive of the Royal Society of Public Health, having previously led Dyslexia Action as chief executive officer for a decade. As director of the Coordinated Campaign for Learning Disabilities in Washington DC, she launched a national public service advertising campaign on the issue. She was awarded a CBE in the January 2009 New Year’s honours for services to education.

Cramer succeeds Wilf Weeks, who remains a trustee, having led the board through the establishment and launch of British Future.

Weeks said: “I’m delighted that Shirley has agreed to be the new chair.  Her extensive experience will bring new strengths to the organisation. I wish her well. I have greatly enjoyed being part of the formation of British Future and its impressive first year.”