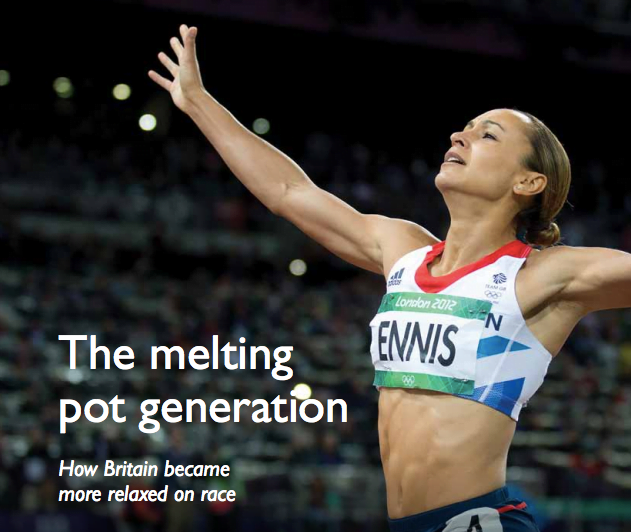 When the parents of Olympic champion Jessica Ennis, who are from Jamaica and Derbyshire, met in Sheffield in the 1980s, a majority of the public expressed opposition to mixed race relationships.

This is no longer the case, shows the new report from British Future The Melting Pot Generation: How Britain became more relaxed on race.

The polling, carried out by Britain Thinks, shows a dramatic shift in British attitudes. The Melting Pot Generation report explores this change, and looks at how the Jessica Ennis generation, who have grown up knowing mixed Britain as the norm, now feels about race and identity.