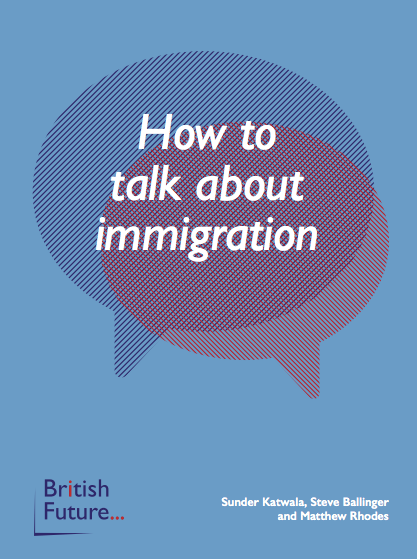 ‘How To Talk About Immigration’ sets out the challenges for all sides when it comes to discussing and regaining trust on one of the most hotly contested issues in British politics.

While public arguments about immigration are often polarised between ‘pro’ and ‘anti’ voices, our research shows that most people are somewhere in between. They may be frustrated at how immigration has been managed but they hold pragmatic and nuanced views about it: that migration brings both pressures and benefits, and that it works best when we encourage migrants to become fully part of British society.

It highlights pro-migration liberals’ tendency to dismiss public concerns as simply based on misconceptions and myths, or to try to ‘change the subject’ away from immigration altogether. And also challenges the migration sceptics to move on from “why can’t we talk about immigration?” to showing whether they have a plan, with constructive answers that can work for Britain today.