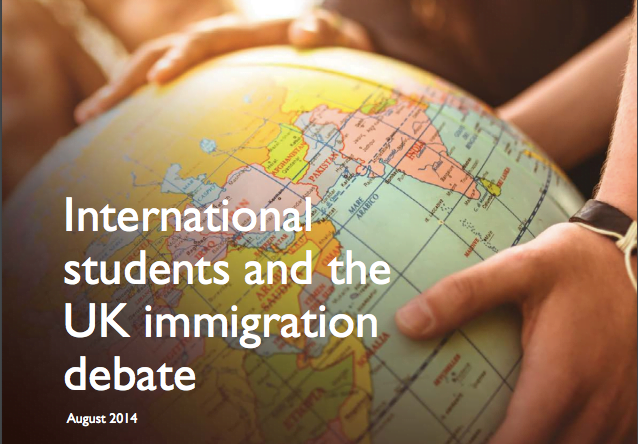 International students represent the biggest flow of non-EU migrants to the UK, making up a third of all who come to Britain. Reducing student numbers could help the government meet its net migration target. But international students bring in £7 billion pounds each year to the British economy, helping to make our universities some of the best in the world – and one of Britain’s most successful exports.

The new research poses a challenge to the government as it seeks to keep its promise to reduce net migration to “tens of thousands” as the results showed that the majority of people do not view overseas students – who make up roughly a third of all people coming to Britain – as immigrants, and displayed puzzlement that they are included in the government’s net migration targets.

It finds that most people feel very positively towards students who come here to study, recognising the contribution they make to Britain financially, culturally and academically.

Most, in fact, are baffled that international students are included at all in immigration statistics.

The report calls for students to be taken out of the net migration target, freeing up the government to support universities to recruit more students to study at Britain’s world-class universities.