Public more confident that we can talk about immigration – new findings

The public are growing in confidence that we can and do talk about immigration, writes Sunder Katwala.

New findings from Ipsos MORI show a sharp fall in the number of people who think we don’t talk enough about immigration, with 43% agreeing that “It has been discussed too little,” compared to 62% who took that view in April 2011. This 19% fall means this is now a minority view, not a majority one.

A sizeable minority of one in four people (26%) think there is now too much discussion of immigration, more than twice as many as in April 2011 when only 11% agreed with this statement. 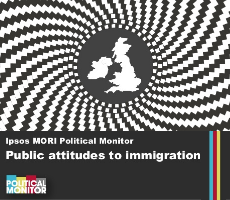 The findings are released at a British Future/Ipsos MORI event at Parliament on Thursday 13th March, “Immigration: can trust be restored”, where Ipsos MORI’s Bobby Duffy will discuss the organisation’s findings on immigration with a panel from the Conservative, Lib Dem, Labour and UK Independence parties. They suggest that the immigration debate may be able to enter a new phase, though they also present challenges to those on all sides of the immigration debate.

Bobby Duffy, Managing Director of Ipsos MORI Social Research Institute, said: “Overall the findings show the difficulty of getting the conversation with the public right on immigration – given there are such divergent views. The trends suggest a polarisation of opinion, with an increasing proportion tired of the talk of immigration, but still significantly outnumbered by those who think the issue is not being discussed enough.”

That significant minorities would prefer both more and less talk of immigration captures rival dissatisfactions with the debate we have. The poll findings show that immigration is bound to remain a subjective and emotive debate: people feel differently about change, about who our political debates represent and exclude, and whether we hear our own values reflected in them.

Clearly it would never be possible to strike a balance that could please absolutely everybody. One group fears that legitimate anxieties have been too often dismissed and ignored; the other that anxieties and prejudices can be stoked. But a middle course, which does engage anxieties openly and seeks constructive and workable solutions to them, is the only effective antidote to a polarised debate which will otherwise achieve little except increased dissatisfaction and distrust on both sides.

Indeed, the new Ipsos MORI findings reinforce Lord Ashcroft’s report from his large, deliberative exploration of attitudes to immigration. He reported that many people feel there has been discomfort and delay in engaging fully with the subject, but that this was a phase that had ended. Once everybody was talking about immigration, the question had become who could handle it effectively: voters were looking for a real world plan which could manage the local pressures better without sacrificing the benefits, such as the skills we need for the NHS, or the need for the economy to attract those who can boost the recovery and create jobs.

The idea that there were decades of public silence, when talking about immigration was taboo, does not stand up to historic scrutiny, but it is fair to say there has been a good deal of discomfort with engaging with the topic.

This has helped to create an opportunity for populist anti-migration advocacy, when the claim ‘this needs talking about and we will make sure it gets talked about (because the political classes would rather duck it)’ has rung true with large segments of the public.

It should follow that the mainstream opponents of populism should avoid being the liberals who would fit that caricature. So pro-migration liberals do their own cause no good if they sound like they are just hoping that the debate will go away again. If the sense transmitted is ‘OK, we’ve shown we can talk about immigration; can you please let us know when we can stop’ then the claim to be engaging seriously will ring false.

Even if immigration, overall, is a good thing, it can still be a big thing that needs to be managed well to work fairly. Net aggregate contribution is a good thing – as long as funding for public services is responsive to local population changes. People bringing skills to contribute to the economic recovery is positive – as long as young people here get the education and training they need to have a fair chance.

This may be an equally big challenge to those who are sceptical about immigration. Sometimes there seem to have been so many loud complaints about the impossibility of talking about immigration that any practical answers to the ‘what shall we do now?’ question appears to have been crowded out entirely.

Having won the argument about the need to talk about immigration, more sceptical voices may still need to clarify what they want to do about it. Once we’re all talking about immigration, the way to remain relevant would be to stake a credible claim to have workable answers too.

Of course, the immigration debate is about culture as well as economics.

Immigration is about how new people join our society: it is ultimately about how they can become ‘us’. It is about the expectations and responsibilities that we should set for incomers who want to be part of Britain. It is also about our reciprocal commitment to treat new Britons fairly, so that they and their children are treated as equal members of our club, able and expected to make their full contribution to our society.

Why wouldn’t we want to talk about that? 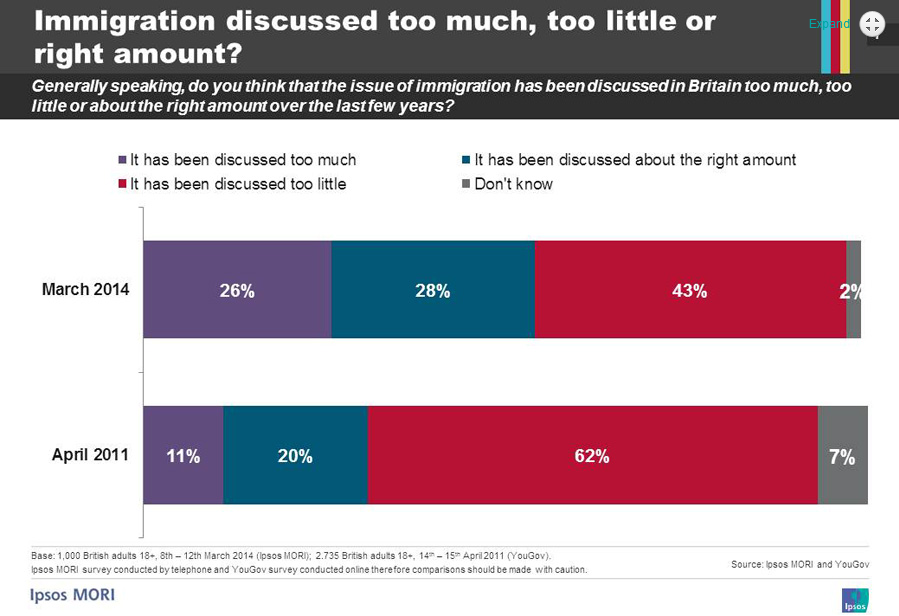