In the report, State of the Nation: Where is bittersweet Britain heading? Scottish writer Hardeep Singh Kohli tells us why he thinks independence wouldn’t stop Scots feeling British, and how the bigger question is how England would cope with the split. Here’s a preview. 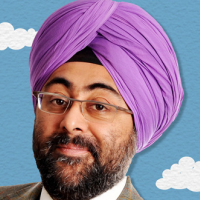 Hardeep Singh Kohli was born in London, and moved to Scotland, aged four. Having lived in London for two decades, he is moving back to Scotland, and will be a 2014 Commonwealth Games ambassador.

“Emotionally, I am Scottish. I support independence. That doesn’t mean I want border points at Gretna Green or want to treat the English as foreigners. I think there is a new political dawn in Scottish now; after 13 years of devolution, most impartial observers would applaud Scotland on the maturity of its democracy and political system.

“You can’t undo 300 years of the history, just as you couldn’t undo 1500 years of Scotland through the Union. Scotland has survived within the Union, with its own legal system, cultural values and football team.

That runs both ways. We have to accept the fact that the notion of Britain would remain in people’s heads and, to some extent, in their hearts too. It would be revisionist of Stalinist proportions to seek to rewrite the last 300 years of history. We have been part of a United Kingdom, for better or worse. We have had shared experiences. For people on the left-of-centre, for example, we suffered together under Thatcherism. That binds people together too.

People need to stop being so hung up on the knee-jerk emotional responses to the Union. This isn’t about hating England or simply flying a Saltire. That would be infantile. Our two nations are still locked together by land. First and foremost we are Scots. Yet we would still be British, it may be british with a small rather than a large B.

I was born in London; I first moved to Scotland when I was four. I have lived and worked among the English for the last two decades, though I am moving back now. But, for me, the duality of being British and being Scottish is much less of a problem for the Scots as for the English. The words Scotland and Britain aren’t interchangeable for the vast majority of Scots. Those are two different things. The English will tend to use the two words as synonyms. My greatest concern is not Scotland after the union, but England. ‘Who is thinking about what will happen to England if the union no longer exists? No one.”

Hardeep Singh Kohli is a Scottish and British writer and broadcaster. 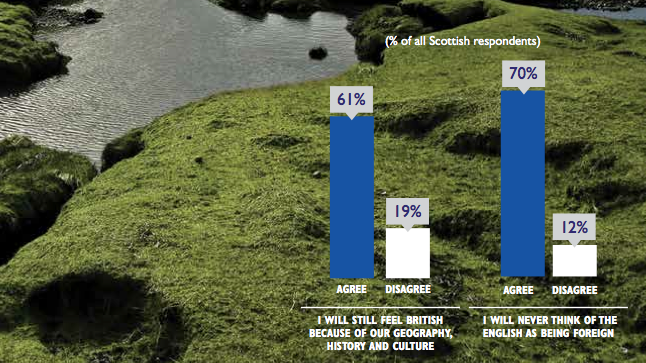