Chancellor George Osborne has indicated that he would support moves to stop counting international students in the government’s net migration figures, the Telegraph reports.

Of the 636,000 new arrivals in the UK in the year to June 2015, 192,000 were students coming to study at British universities, according to the latest ONS statistics released on 26 November.

While public concern about immigration levels remains high, the Chancellor is right to say that voters are far less concerned about international students – who either leave at the end of their course or become the kind of highly-skilled migrants that the public prefers.

According to the Telegraph’s Matthew Holehouse, Osborne told the Treasury Select Committee that “the public’s concern is about permanent migration, people permanently or for many, many years coming to live in the country. Students come and go, and I think that is a good thing for the UK.” 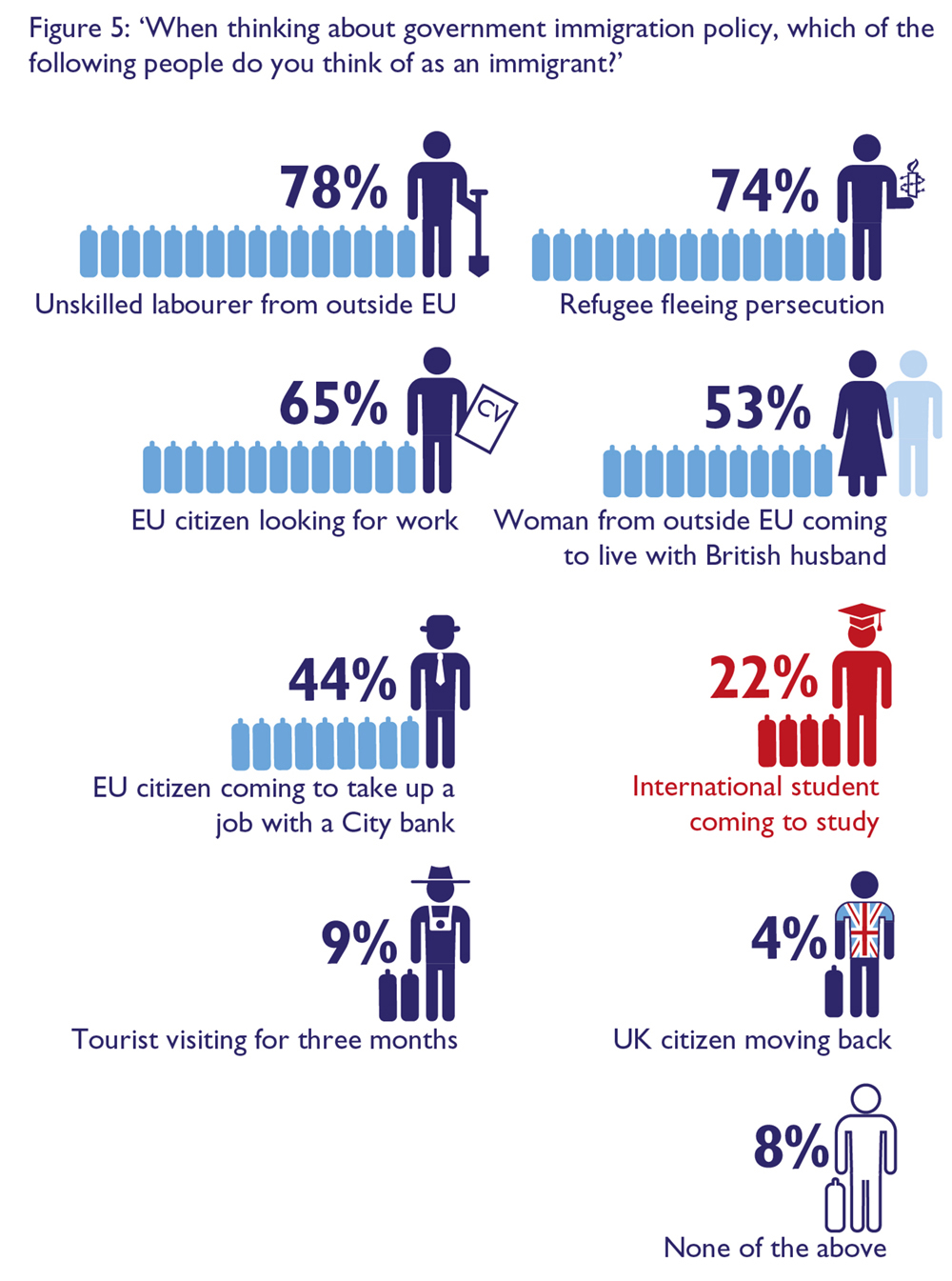 That chimes with research conducted by British Future and Universities UK, which found that only a fifth of people (22%) think that international students should count as “immigrants” at all. In our focus groups up and down the country, people were genuinely surprised to find that students were counted in the immigration figures.

A much higher proportion think that they are good for the country: six in ten (60%) feel that foreign students are good for the areas where they study, bringing money into the local economy.

A similar proportion (59%) would oppose any efforts to reduce the numbers of international students coming to Britain, even if doing so makes it harder for the Government to meet its net migration target. Interestingly for Mr Osborne, this rises to two thirds (66%) of Conservative voters.

People we spoke to while writing the report understood that students bring money into the economy and into universities themselves, helping to improve teaching and facilities for British students. There was concern that loopholes allowing people to abuse the student visa should be closed, and the Chancellor voiced his support for the measures taken by the Home Office to close bogus colleges and prevent fraudsters gaming the system at the expense of legitimate students.

But Osborne’s primary concern is, of course, the economy: and the education offered by Britain’s world-class universities is one of our greatest exports, one that he would clearly like to see growing, rather than shrinking due to visa restrictions suggested by the Home Office.