Now that’s what I call an EU referendum!

“I want to break free-ee.., I want to break free…” It’s the Eurosceptic New Years Eve party and Nigel Farage has finally wrestled the karaoke mic off Mark Reckless. The fun is going to last all night, because this is the big year, 2016 – the year when Britons (probably) get a chance to have their say on our membership of the EU. They might not like the name of the band, but everyone will join in as Big Ben strikes and they put on Europe’s The Final Countdown.

Meanwhile at the pro-EU New Year’s Eve bash, Tony Blair is resisting the crowd’s demands for his a capella rendition of Things can only get better. He and Peter Mandelson are trying to work some harmonies on Al Green’s Let’s Stay Together.

Over at Chequers, David Cameron is in Sam’s bad books – all the guests have been wondering where he’s got to. It’s nearly midnight, he’s only just got off the phone with Donald Tusk, and he’s put Coldplay’s I can fix you on the stereo (again). 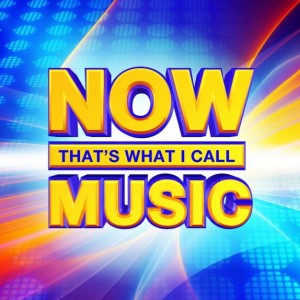 For the committed tribes of “in’ and ‘Out’, 2016 is all about the EU referendum.  Some have been waiting 40 years for it, others have been fearing it ever since David Cameron’s announcement. All the talk at their gatherings will be about Europe. They’ve got their party playlists and all the guests know all the words to all the songs – whether it’s I’m in with the in crowd or Leave right now.

Neither is a party that most of us would want to go to.

The rest of Britain won’t give the referendum a single thought on 31 December, or indeed for much of the year. We’ll probably be looking to make a fast getaway if someone starts talking about the EU on New Year’s Eve. Most of us are more interested in hovering round the drinks table and hoovering up the vol au vents.

At the start of next year on Wednesday 6 January, British Future will publish How (not) to talk about Europe, a major new pamphlet which looks in detail at the undecided voters who will determine the outcome of the EU referendum – and how advocates on both sides are singing the same old songs, which fall on deaf ears with most voters.

As a bit of fun in the last week at work before Christmas, we’ve started compiling our Now that’s what I call an EU referendum! Spotify playlist. It’s a double album, of course: Volume One: I want to break free is for Nigel Farage and chums; Volume II: I’m in with the in crowd will be music to the ears of Nick Clegg and co.

There’s a teaser below but we’re looking for some help from readers for your additions to the two playlists.

Now that’s what I call an EU Referendum

Volume I: I want to break free

I want to break free – Queen

Break Out – Swing out sister

Going to a go-go – Smokey Robinson and the Miracles

Volume II: I’m in with the in crowd

I’m in with the In Crowd – Dobie Gray

Don’t leave me this way – The Communards

I love you just the way you are – Billy Joel