Can Labour build a Britain that works together?

Having declared himself a “One Nation” politician at his party conference last Autumn, Ed Miliband was bound to have to say in his speech on 14th December how he would promote integration, and common citizenship in a diverse society.

It is a theme which takes the Labour leader out of his comfort zone. His first speech on immigration, focused on economics, promised to return to the cultural challenges later. The economics of immigration are more tangible issues, more given to “policy” responses, than its cultural dimensions. There was a social democratic thread to the economic argument. Miliband set out that the evidence was th 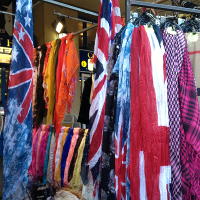 at there were net economic benefits from migration, but that “the aggregate is not where people live their lives”, so that social democrats would be concerned about how the distribution of winners and losers fell too.

The cultural issues are more intangible. They are less given to national “policy” responses because the particular challenges are localised. Social democrats are less comfortable here, very often preferring to change the subject, hearing concerns about immigration as being really about jobs and housing.

That is partly because social democratic parties across Europe fear that themes of identity and culture will lead them being forced to choose between causes and constituencies which matter to them.  Miliband is proud of his party’s commitments to anti-discrimination and anti-racism, which has made Labour the traditional choice of non-white Britons over the last half century, and also believes it is important to connect to the anxieties felt by immigration, including among Labour’s traditional white working-class communities, in whose interests the party was founded over a century ago. He wants to reject the idea that he must choose between them – and his political project depends on showing that he can avoid being forced to do so. If it is true that politicians must choose between majority reassurance and minority integration, then competing claims, and doubtless “competing grievances” would destroy a “one nation” politics, and perhaps the social coalitions on which social democracy more broadly depends.

The structure of the speech showed that he recognises the tension. “This is a speech of celebration and integration”, he told his final questioner. The challenge was to ensure that its two themes: the argument of Ed Miliband, the instinctive liberal, who told his audience that “I love the diversity of London” of Britain’s pride in its multi-ethnic society, and who pressed his audience to join him in voting for Mo Farah as Sports Personality of the Year this weekend; with the argument of Ed Miliband, the Labour leader seeking to reconnect his political party with those who lost faith in its competence and interest in handling the scale and pace of change.

What a “One Nation” approach had to do is to connect these audiences with each other. Each may, instead, hear the argument it is less comfortable with. So the difficult challenge is to persuade liberals that maintaining public consent for the benefits of integration and immigration means being willing to engage with anxiety, and to find constructive responses to it. And to persuade the anxious that the issues are resolvable, to reject a self-fulfilling pessimism that a diverse society is bound to fragment into competing tribes.

So there is one liberal argument that Ed Miliband shares – that Britain has a long and proud history of successful integration – but two extensions of this argument that he thinks misguided. “We can’t believe the argument that if we talk about people’s anxieties we will only fuel them”, he said, which leads into a rejection of a broader liberal analysis around anxieties about immigration and integration; that the best thing to do is to do as little as possible and to let time take its course, because we have been here before. The argument is that there are anxieties about immigration and integration, but that there always have been, but that it worked out for the Irish Catholics in the 19th century, the Jews in the early twentieth century, and the Afro-Caribbeans in the 1950s, and will work out again now. There is some evidence in the census for this, as I discuss here. The Labour leader also argued that we have made progress which “doom-sayers” said was impossible, but believes that it is too sanguine to say that the best strategy is to wait. So his argument is that integration doesn’t happen by chance: “To make it work, we’ve got to work at it”. He is right that the scale and pace of change is different today, which leads him to believe active attempts to manage the pressures are important.

Today’s speech did not get much beyond a direction of travel. The speech triangulated between coercive assimilation and separation, but there is not a great deal of content in that contrast in the contemporary British debate, though it might still be a contentious argument in France.  The challenge is to be found in working through the content of how much integration we need for common citizenship in a liberal society; and about who should do what.

The call is for a “comprehensive integration strategy”, but that remains largely an aspiration. It does not identify much of the content, beyond the priority to the English language, for example in prioritising language learning over non-essential translation services when there is pressure for resources.

Other European countries may have put more energy into this, often having a different (and sometimes shorter) migration histories. There are few countries which can claim better outcomes than Britain either on socio-economic integration, or in minority representation in national institutions such as Parliament and, particularly, Britain’s cultural life. And, substantively, any integration strategy has to be judged primarily by the effective integration of new citizens as full and equal members of society, and can never trade that off for majority reassurance, though successful integration can certainly be a source of reassurance.

Another challenge for a “comprehensive strategy” is that the nature of the challenges of integration differ greatly from, say, northern mill towns with an entrenched phenomenon of “parallel lives” alongside economic and social immobility – often problems of getting stuck – to the very different challenges in towns like Swindon or Slough, about the scale and speed of population change, problems of managing the churn.

The pattern of the census results appears, on balance, to be one of increased integration, not segregation, with both minority and migrant populations more spread out across Britain than ever before. That is what many people said that they wanted – they also see more towns experiencing the issues of handling diversity, integration and shared citizenship that many may have once instinctively thought were primarily issues for other, bigger places.

Too often debates on integration seem to involve liberal voices saying “we like London” or culturally anxious voices fearing the country will turn into their dystopic version of Bradford or Tower Hamlets – so having too little to say about the everyday experience across most of the country.

So debates about integration are often more polarised than they need to be. The questions from Miliband’s diverse and audience in Tooting – both engaged and challenging – did not challenge him for raising the issue of the English language, but rather wanted to know whether it would be properly funded. They included one proud British refugee who had been among the Asians expelled from Uganda forty years ago, and who said that he had seen English as the one “weapon” which had enabled that community to succeed and prosper. The audience’s questions largely reflected what public attitudes evidence consistently demonstrates: that the idea of integration, though sometimes dismissed by elite liberal commentators, is overall given higher priority by non-white Britons than white Britons, who express greater concern for integration and, for example, avoiding school segregation. Britain Thinks polling for British Future’s ‘Melting Pot’ report published to coincide with the census again picks up this pro-integration preference, held by Britons across all colours and creed, but a little more strongly by those who are not white.

Perhaps if we didn’t talk about integration as much as as a “them and us” question, we might find more common ground than we expect on how to meet our shared responsibilites to make the “new us” work.

This article was first published on Open Democracy. View it here.