In this extract from ‘What next after Brexit? Immigration and integration in post-referendum Britain,’ Jill Rutter explores the challenges and importance of increasing integration in the UK. 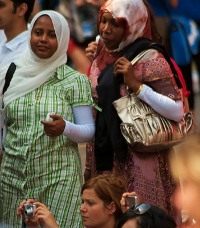 Integration enables neighbourhoods – and wider society – to manage migration. Although there is no official definition, there is a consensus that integration is a two-way process of mutual accommodation enabling diverse societies to live well together. It is both a social and structural relationship involving conditions such as trust, reciprocity, shared values and a sense of belonging to a community and nation. Integration also involves participation in social, civic and economic activities, as well as economic opportunities that are shared across society – so that everyone has equal life chances and no-one is left behind.

Despite its importance, the UK has a mixed record in facilitating integration. Of course, many migrants find work, make new friends and contribute to their new communities without any state interventions. But there are some groups at risk of social segregation or social exclusion. Census 2011 data suggests that nearly 900,000 people could not speak English well or at all, limiting their ability to find work and participate in shared social activities. Poor language skills, unemployment and residential, educational and labour market segregation all act as major structural and economic barriers to integration.

We are also a nation that is segregated by age, social class, ethnicity, religion and country-of-birth. When excluding family interactions, a survey undertaken in 2014 showed the average Briton has 48 per cent fewer social interactions with people of different ethnicities than would be expected if ethnicity was irrelevant in determining how we meet and mix42. Yet meaningful social contact between people of different backgrounds is needed if we are to break down stereotypes, bridge social divides and develop shared ground and the mutual accommodation of each other.

Since 2005, the Department for Communities and Local Government has led on integration policy, although it requires the involvement of a large number of government departments, agencies and services. Inter-departmental coordination and multi-agency work has, however, always been weak in the UK, at both central and local government level. Changes to regional government structures now offer opportunities for improving coordination on integration, with the election of new regional and city mayors. They will have budgets and new powers over areas such as housing, planning, policing, skills and welfare-to-work. British Future believes that all regional city mayors, including the Mayor of London, should set up an Office for Citizenship and Integration to set in place coordinated plans of work and to mainstream integration into all areas of policy, with the focus and priorities of each Office reflecting the differing demographic, immigration and integration challenges and priorities in their area.

Public policy interventions between 2005 and 2010 mostly focused on the structural and economic aspects of integration, such as delivering welfare-to-work programmes or English language teaching. After 2010, specific initiatives such as the Refugee Integration and Employment Service and the Connecting Communities Fund were cut, due to reductions in public spending. Prevalent attitudes towards migrants made it particularly difficult for decision makers to stand up for publicly funded interventions targeted at migrants, such as subsidies for English for Speakers of Other Languages (ESOL), while spending was being cut in all areas. At the same time, civil society advocates of integration failed to build alliances and address political veto points.

Successive governments have also struggled with social and cultural integration, which is more difficult to evidence and translate into public policy interventions. Unwillingness by decision makers to consider controversial issues, such as what we should expect of migrants, hindered integration policy, as did a fear of being seen as a “big brother” state. Yet we know that local communities tend to understand integration as a social and cultural process, through the adoption of ‘British’ social norms and traditions.

Later in 2016, the Government will publish the Casey Review on Integration, England’s first comprehensive review since the 2007 Independent Commission on Integration and Social Cohesion. The Casey Review has the support of Prime Minister Theresa May, and is likely to set out some proposed areas of action. It offers both government and civil society organisations the opportunity to re-energise the integration debate, and get policy right in key areas. Fluency in English is central to integration, but central government policy on ESOL has largely been absent. In England, regulations about ESOL provision for adults change almost every year, with new schemes set up then later abolished. There is very little provision in rural areas or for low-skilled workers who are employed for long hours and find it difficult to get to college. Much could be learned from innovation outside the UK, for example the use of freeview TV channels to provide English language teaching.

Decision makers also need to think about employers’ responsibilities for supporting English language development and how to build a social environment that supports English language learning. Clearly, the UK needs to make policy changes to improve ESOL provision and encourage the development of migrants’ English language skills. But root and branch reform is needed to integration policy, not just micro-policy changes affecting specific services. Integration policy needs to respond to all types of migration, including short-term EU and student migration. Work to support integration needs to be mainstreamed into all policy areas. Above all, there needs to be much greater focus on social integration and on areas of work that bring diverse groups of people together.