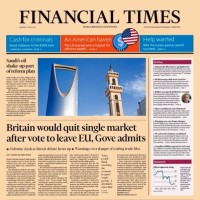 Will the EU referendum come down to the question of immigration versus economics? That  may well be a key question in the mind of many as they go to cast their votes on June 23rd.

New polling from Ipsos-Mori captures why immigration offers a challenging headache to Prime minister David Cameron and his allies in the Remain camp, but suggests that Leave hopes that the immigration issue is the key to a Leave victory could leave advocates of Brexit short of the majority support that they would  need to win the referendum.

48% of respondents say that the number of immigrants coming into the UK will be important to them when they vote, rising to 72% of Leave voters, making it one of three big referendum issues, ranking narrowly behind Britain’s ability to make its own laws (50%) and the economy, which is ranked top (57%) when people are asked about the issues that will affect their own vote. When asked what the most important issue will be for the public generally, the economy and immigration tie in top place with 24%.

The polling finds that access to the single market trumps the ability to control free movement, but only very narrowly.

Of those expressing a view, 52% of the public think the UK should keep free movement after a Leave vote if that is the only way to stay within the single market, while 48% would give up single market access if that is what it necessary to control immigration.

At the same time, two-thirds of people do think EU immigration would decrease after Brexit. This creates a political conundrum as that would not happen if free movement stayed in place in order to retain access to the single market, as the public would prefer.

A major referendum headache for David Cameron and Theresa May is that just 9% are satisfied with how the government is handling immigration, with 61% dissatisfied.

On the net migration target, 17% of people believe we could vote to Remain in the EU and reduce migration to the tens of thousands.

The only surprise here may be that as many as 17% still think this could be done, given that the net migration level of over 330,000 sees both EU and non-EU migration easily break the total target on their own. All informed opinion regards a guarantee of net migration below 100,000 while keeping free movement as impossible. (Unless, perhaps, there is some catastrophic economic downturn in Britain, relative to the EU economies). A vote to Remain would surely be the final nail in the coffin for this twice-broken election pledge, though the political debate about what constructive alternative of smarter workable targets might then replace it has barely yet begun.

A considerably larger minority (44%) think the target could be attainable if we left the EU, though this would also be a daunting challenge in practice.

Advocates of Brexit often make a potentially attractive pitch for seeking to shift the mix of immigration, being more generous to skilled Indian and Commonwealth migrants, if free movement were curtailed. With non-EU net migration currently over 200,000, basic mathematics shows that any attempt to meet the target depends on considerably tightening both non-EU and EU immigration.

The Ipsos-Mori findings show why it is difficult to get the balance right on immigration – 31% of people say we now discuss immigration enough, but views are divided between a third (36%) who would like to hear more about immigration, and a quarter (25%) who feel there is now too much discussion about it.

This is a significant shift over the last few years: in 2011, 62% thought too little was being said about immigration</a> and wanted to hear more about it. Politicians have clearly responded to that, but the new polling shows a diminishing market for turning up the volume further.

Immigration is playing a stronger role in the Brexit campaign than some had expected. Part of the argument between the rivals for designation – Vote Leave and Grassroots Out – was a strategic and tactical debate about whether immigration was the winning issue, or risked appealing only to a core audience and turning off the undecided voters they will need to get over the 50% win line.

While Ukip leader Nigel Farage’s favoured campaign was not selected, the UKIP leader has had more success in winning the argument for a strong focus on immigration, with the previously pro-immigration Boris Johnson now making it core to his challenges to the Prime Minister.

That has placed immigration very firmly on the ballot paper in this referendum.

Immigration will remain a key issue of public concern whatever the referendum result – but the choice that the public make will have a significant influence on the future immigration agenda in British politics.

For full information on the new polling, see the Ipsos MORI website.