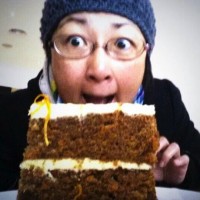 “My position on cake,” said Mayor of London Boris Johnson, now newly of the pro-Brexit camp, “Is pro having it and pro eating it.” It seems the Prime Minister may feel that rather sums up Mr Johnson’s approach to the EU referendum too.  What it encapsulates rather better, writes Steve Ballinger, is the approach that both sides in this referendum – Mr Cameron included – have taken to immigration in the Europe debate so far. It’s a diet that is leaving voters rather bilious.

New migration figures from the Office of National Statistics today will confirm just why immigration is such a hot topic in the referendum. It has remained in voters’ top three political concerns for some time; but with free movement and the high immigration it has brought being one of the few direct impacts that the public sees from our EU membership, how both sides respond to public anxiety about immigration will be a key battleground in the referendum.

Neither side, however, has yet been honest with the public about what they can and can’t promise on immigration.  Until they are, public trust in the ability of the Government to handle immigration is unlikely to recover.

The Prime Minister and Home Secretary, in sticking with their broken Net Migration Target, have matched Boris in their desire to have their cake and eat it too. If David Cameron and Theresa May keep saying we can stay in the EU, keep free movement and hit the target, the public simply won’t believe that is possible.

What’s more, that claim will be harder and harder to maintain as the campaign goes on. Net migration is already at an all-time high and today’s ONS statistics could well show net migration rising again to new record levels. With the next set of statistics due out on 26 May – just four weeks before the vote – the Prime Minister could find himself bagging an unwelcome hat-trick of record-breaking net migration stats just before the referendum.

The PM has even made a grab for his opponents’ cake too – telling Andrew Marr that Britain wouldn’t be able to control immigration after Brexit without conceding the same problems for his own side.

Advocates for Britain leaving the EU have made hay with the Government’s discomfort over immigration. They haven’t, however, offered any credible plan of their own to meet the net migration target. The pressure group Migration Watch suggests that Brexit could cut EU immigration by 100,000 a year – but that would still leave net migration over a quarter of a million, more than double the target.

Some Leave voices, meanwhile, have shared the Mayor of London’s desire to have his Victoria Sponge both Take-Away and A La Carte. They have said that after Brexit we could be more accepting of Commonwealth migrants – and also that there could be big cuts in immigration. They can’t have both. Even if we cut EU migration to zero, non-EU net migration – at over 200,000 per year at the last count – would still keep the total at more than double the target, before any increase.

In fairness to both Leave and Remain voices, they did not set the net migration target. Precisely who that was, or whether they genuinely thought it could be met, remains unclear. Responsibility for sticking with it, though, rests squarely on the shoulders of the Prime Minister and Home Secretary. Whichever way the referendum goes, it must surely prompt a long, hard look of the target, if the Government is to stand a chance of rebuilding public trust on its ability to handle immigration. British Future, together with the Institute of Directors, have proposed that the Migration Advisory Committee be handed just this task.

At least there is one thing on which these voices for both Leave and Remain can agree. They do like cake; and they also like Britain. Less so, it seems, the actress Emma Thompson who, asked whether she’d be voting to stay in, answered with an unequivocal yes – and went on to describe Britain as a “cake-filled, misery-laden grey old island”. Not an argument likely to win many to the Remain cause. And as Toby Young was quick to point out, how could somewhere be both filled with lovely cake and yet also be miserable? Our politicians, gorging themselves on the stuff, will certainly be having none of that.