This week David Cameron made the strongest, clearest and most high profile statement about ethnic inequalities and the need to tackle discrimination ever yet offered by a British Prime Minister, writes Sunder Katwala.  In his leader’s speech, he told the Conservative Party conference in Manchester:

While the proof of the pudding will be in the eating, this was a powerfully argued Prime Ministerial intervention – and a particularly well-timed one, for three reasons. 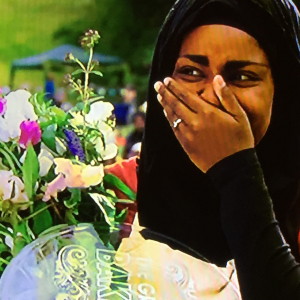 Firstly, the Prime Minister was able to root his case in an all-but-universally accepted appeal for equal opportunities. It will always prove more difficult in practice to put political energy and resources behind efforts to remedy discrimination against a minority of the population unless a convincing fairness case is made that values cherished across our whole society are at stake. Cameron’s argument, that any party which tells itself that it is the party of the ‘fair chance’ and ‘the equal shot’ must have a response when there is such clear evidence of discrimination, should prove persuasive to a Conservative Party that has not seen race inequalities as its natural territory. Cameron argued that the same principles should animate responses to discrimination when it comes to race, gender and social class.

Put like that, wanting job interviews to be fair – by eradicating conscious and unconscious patterns of bias wherever possible – would strike most Britons as offering as clear a case of the values of fair play as wanting the best baker to win the Great British Bake-Off on television.

Secondly, Cameron’s intervention comes at a potential ‘tipping point’ moment for fair opportunities across ethnic groups. Traditionally, ethnic discrimination has been discussed primarily through the lens of its impact on the most marginalised. Certainly, persistent gaps in the criminal justice system, mental health provision and unemployment rates remain stark for some minority groups. What has been less noticed is the emergence of a much more complex pattern of opportunity and disadvantage – not least as a consequence of significant ethnic minority progress.

Most strikingly of all, in educational outcomes, historic attainment gaps between ethnic minorities and their white British peers have disappeared over the last decade. In the aggregate, ethnic minorities get better GCSE results on average. Ethnic minority Britons are more likely, not less likely, to be university graduates than their fellow citizens.

As a result of that progress, Cameron’s intervention comes at a moment of significant potential – but significant risk too. Britain’s ethnic minorities are the youngest and fastest-growing sections of British society. If that educational progress translates into economic success, it will make a significant contribution to the ‘Great British Take-Off’ that the Prime Minister envisions. But if that does not happen, with educational convergence combined with current ‘ethnic penalties’ in employment and income persisting, then that potential could well curdle into frustration that the British promise of equal opportunities is not being kept.  Cameron also mirrored his own language in committing himself to both a ‘fight against extremism’ and a ‘fight against discrimination’: while those are distinct challenges and causes, actively pursuing both tracks simultaneously has the potential, at least, depolarise some debates about responses to extremism  – and so to help deepen the broad social coalitions we need for a more cohesive society too.

Thirdly, Cameron’s challenge could mark an important deepening in the political competition between the major parties on race issues. Many have been struck by the increase in political attention on the centre-right to race issues over the last five to ten years. The focus has been on the politics of representation. By increasing the number of non-white Conservative MPs from two to seventeen since 2005, Cameron has sent a powerful signal that Labour’s traditional claim to be ‘the party of ethnic minorities’ would now be contested. Cameron was again able to celebrate in Manchester several ways in which his Cabinet and Parliamentary benches demonstrate many successful journeys of migrant and minority integration in British society. That might perhaps help to ease the fears, about integration being impossible in an era of higher immigration, which the Home Secretary had articulated the previous day.

So symbolism can matter. But facial diversity is not enough. The politics of ethnic minority opportunity needs to be about more than visits to gurdwaras, diversity nights at the party conference fringes and unveiling statues of Mahatma Gandhi in Parliament Square. Jeremy Corbyn’s first speech as Labour leader did include one brief celebratory reference to Britain’s ethnic diversity – “as I travelled the country during the leadership campaign it was wonderful to see the diversity of all the people in our country” – and to Labour bringing in more black, Asian and ethnic minority members – but it did not include any substantial content on discrimination. Tim Farron acknowledged during his leadership campaign that the Liberal Democrats have struggled to get to the starting-line on race and diversity at all. The opposition parties too will no doubt now be challenged to match not just the Prime Minister’s rhetorical commitment to challenging inequalities but also to propose how it could be done in practice.

Non-white Britons expect substance, not just symbolism from all of the parties on race inequalites.  Survation’s large survey of ethnic minority voters for British Future showed the Conservatives winning more ethnic minority support than ever before – but just 29% of non-white respondents were confident that the Conservatives are committed to treating people of every ethnic background equally, while 54% said this of Labour. Respondents were twice as likely to say that the Conservatives needto do more to reach out – and the Prime Minister would seem to be committed to showing that he has got that message.  Moreover, there is evidence that ethnic inclusion could be important in broadening a party’s appeal to other younger, urban and more liberal white voters too – which is why it made sense for this issue to form part of a broader attempt by David Cameron to colonise the broad centre of British politics in his Manchester speech.

But the case for caution is that there has been limited policy attention to ethnic inequalities under the last two governments. Restaurateur Iqbal Wahhab decided to give up his role chairing an ethnic minority taskforce for successive governments, unconvinced there was a political commitment to do much more than convene a talking shop. Lib Dem equalities minister Lynne Featherstone did push the CV discrimination issue – but many Conservatives were sceptical. Cameron’s new commitment may face similar challenges from those whose instinct is to worry that more attention to discrimination or bias in the jobs market will mean more red tape for business.

Labour had a separate race inequalities manifesto in 2015, outside of its main election manifesto, while the Conservative manifesto did not contain significant commitments to racial inequality. The mid-campaign launch in Croydon of a series of race equality pledges showed an increasing awareness of the growing importance of ethnic minority votes – though the fact that they all involved aiming for increases of 20% by 2020 gave them a slightly back-of-the-envelope feel.

Prime Ministerial commitments have an important agenda-setting function. A generation ago the Stephen Lawrence case opened the eyes of middle England to racist violence and police failures, particularly through the Daily Mail’s persistent challenging of those injustices. A Conservative Prime Minister’s words could similarly make a big difference in the mainstreaming of the issue of inequalities of opportunity. What action should follow words? Between now and next year’s party conference season, that must will now be the test for this Conservative government – and for their political opponents too.

A version of this article first appeared on The Staggers