Extremism: why a counter-narrative is never enough

This presentation was given by Sunder Katwala,Director of British Future, at fringe meetings on tackling home-grown extremism convened by the CoVi thinktank at the Labour Party conference in Brighton and the Conservative Party conference in Manchester. 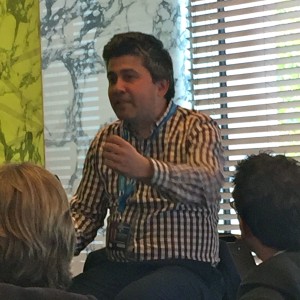 Britain has changed a lot in my lifetime. It probably feels as though it has changed too fast for some people – but my own experience is that British identity has changed for the better.

I was born British, just over 40 years ago in a Doncaster hospital, to parents who had come to this country from India and from Ireland – and who had met working for the NHS. As a teenager in the 1980s, questions like ‘can you be black and British?’, or ‘Can you be Asian and British?’, were still being asked. But those arguments felt like they were decisively settled in the 1990s. You have to go to the extreme fringes of the BNP and beyond to hear them still asked today. People now forget how often the loyalties of Irish Catholics were questioned too – at a time when the IRA were bombing Birmingham, Brighton and Manchester. But I recognise that it is harder today if you’re growing up as a Muslim in Britain, when the debates within Muslim communities and the debates about Islam in broader society are sharper and more polarised.

I want to set out an argument about how we can change that – and why a shared and inclusive sense of British identity offers an essential foundation of an effective long-term strategy to reject extremism.

It is vital that we succeed in this. Keeping citizens safe is the first duty of government and that affects us all. When terrorists attack trains and buses taking Londoners to work, as they did ten years ago, then those acts of violent extremism take the lives of people from across every faith, ethnicity and social class.

We have also seen a symbiotic relationship of extremisms in our society. I don’t think it’s any surprise that Anjem Choudary’s various fronts and the EDL grew up together in the playgrounds of Luton. The Islamist extremists and the white far right extremists need each other, feed off each other and help each side verify its ‘them and us’ narrative of grievances to its target audience.

And it also shakes our sense of confidence in British society if some young people who were born here, grew up here and went to school here, prefer what is on offer from ISIS in Syria, in all of its brutality, to a sense of belonging to our society in Britain.

So how should we respond? Of course, it is a complex challenge. There is no ‘magic bullet’ solution and any response that suggests that focusing on any single dimension will be enough is underestimating that complexity.


Frustration at lack of opportunity and social exclusion may play a role – but we also see people who have done very well educationally, gaining degrees and PhDs, being targeted and recruited by extreme groups.

It’s also important to examine the extent to which reactions to foreign policy influence the development of extreme views. But that is not a simple case either: there were grievances, about the failure to intervene in Bosnia to protect Muslims, long before the criticism of the war in Iraq being fought on a false premise. France and Britain are targeted equally, despite the former being publicly opposed to the war in Iraq.

The fusion of an extreme political ideology making theological claims about faith certainly has a role – but it may very often not be the most devout who become politically extreme.  Take the case of the two young would-be Jihadis, ordering Islam for Dummies from Amazon, as they headed off on a Syrian misadventure.

So, what should we do about it?  I want to set out the role that a shared and inclusive identity can play, particularly in building resilience to violence and extremism in the long-run.

I want to argue that a “counter-narrative” can be useful – but it isn’t enough.

There are different tasks in preventing extremism. When a few thousand people have the intent to do something very dangerous if they could, then we need the effective use of policing, intelligence and the criminal law to contain and disrupt those plans.

Another challenge comes from a broader niche minority – perhaps one in ten people from the British Muslim community – who might express some sympathy for extreme activity, without actively engaging in it. This type of tacit consent can help to provide the moral oxygen for violent extremism, as well as a potential pool from which extreme groups can recruit. So, again, quite a lot of attention is paid to the group, considered most vulnerable to the lure of extremism.

Don’t get me wrong. I think it is very useful to know what works, and what doesn’t, in efforts to de-radicalise those who are known to hold extreme views – including whether, when or how former extremists can become useful voices in persuading others who might go down that route.

All of that matters – but I think it is also too narrow. My sense is that we have thought about prevention work mostly in relation to these groups. That makes sense, at one level, when it comes to prioritising scarce resources – but it can also be counter-productive.

And it does risk neglecting the bigger picture – about the value of a shared and inclusive British identity.

British Muslims form the youngest communities in British society today: we have nearly 3 million Muslim fellow citizens, and half of them are aged under 24. We need to isolate and delegitimise extremism – but we may harm that cause if one and a half million young British Muslims feel they are growing up in a society where “how do we stop you being an extremist?” seems to be the first question that their country and their fellow citizens seem to be asking about them.

If we focus too narrowly on a counter-narrative, we risk conceding the frame, starting from ISIS premises, engaging in the arguments they want to start. Rebutting and contesting these arguments with their target audiences will matter – but we should be careful that our efforts to do so does not accidentally legitimise ISIS’s claim to be the driving force in shaping the questions of belonging and identity facing Muslims in Britain and across European societies today.

Extremism makes a call to action. Counter-extremism won’t work if it feels like it’s a call to inaction: the message ‘don’t be an extremist’ is primarily an argument about what not to do and what not to be.

So we also need our own calls to action – about what being part of this society means, about the things we share in common, about the values and opportunities of that this society has to offer; about the things we seek to do together. That needs to be broader than any particular minority community: it needs to be about all of us. That is why a shared and inclusive sense of British identity and British citizenship, across our society, must play an important part in the long-term creation of norms which are resilient and robust against extremism, even if that isn’t the most direct route to bring the most extreme back into the norms of our society.

Of course, the big question is “how”. I want to make three proposals about how to prioritise a stronger sense of a shared and inclusive identity in Britain today – about our shared past, our shared present and our shared future.

Firstly, we should want more people to realise that we have more shared history than we sometimes think.

It is striking to think that the armies that fought on the Somme in 1916 look rather more like the Britain of 2015 than the Britain of a century ago. Awareness is growing of the huge contribution from the 1.2 million-strong Indian Army and soldiers from across the Commonwealth in the First World War – but only one in five people realise that Muslim soldiers were part of that effort. Almost nobody is aware that 400,000 Muslims fought for Britain a century ago.

The centenary of the First World War has offered a resonant opportunity to discover that untold story and to realise that, although Britain has changed fast in recent years, the roots of our multi-ethnic and multi-faith society go back a long way. There is important potential to do this at a local level, particularly around Remembrance every November, where it can bring about contact across different groups and find common ground that some may be surprised to discover.

Secondly, in the present, we need to affirm and commit to an approach where we come together to challenge and oppose all forms of extremism. Britain has changed a lot for the better in my lifetime. Across generations, we have seen a very significant fall in racial prejudice. At the same time, there are fears of rising anti-Muslim prejudice, and of rising anti-Semitism too. I think it is very important that we come together across every ethnic and faith group so that we stand together and say ‘zero tolerance to all forms of prejudice’ – and that this is reflected in the way that the authorities challenge prejudice too. That shared message is the way to undermine those who seek to deploy grievances, about uneven treatment, to legitimise or even condone prejudice.

There are concerns about whether the safeguarding duties being given to teachers and other professionals to prevent extremism are proportionate – and whether they strike the right balance between valuing freedom of expression and critical thinking with the need to be vigilant if young people are being groomed into violent extremism. Clearly, it is vital to get the guidelines and training right: otherwise those involved may lack the confidence and ability to strike that delicate balance.

I think it will also help public understanding if we are clear that there is a legitimate and important safeguarding role for professionals in protecting young people from violent extremist material, one which is consistent with existing duties such as protection from pornography or sexual exploitation. At the same time we must be equally clear that this requirement is being conducted even-handedly, protecting our youth from grooming extremists on the far right or religious cults, as well as from Islamist extremists.

A common future: institutions that serve us all

Thirdly, a shared future should involve public institutions that serve us all. An inclusive and shared society also needs to be one of fair chances and equal opportunities. There have been impressive advances in recent years in closing attainment gaps in education – and that success now needs to translate into closing the gaps in jobs and the economy, reaching to the very top of the sites of economic, media and political power in Britain today.

While fair chances matter across society, a vital role in tackling extremism effectively would come from prioritising progress in the police, in the armed forces and in the intelligence services – so that over this generation they come ever closer to reflecting the British society that they serve today. That is not just a question of legitimacy and opportunity – it would also make them better at playing their role in protecting us all, and in demonstrating that they have built trust and confidence among people from all communities.

Defeating home-grown extremism is a challenge that politics and society must tackle urgently and confidently. But it will only be successful if it is also tackled inclusively and fairly. There is an important job to be done in countering the destructive and divisive narratives put forward by extremists, but on its own a counter-narrative will never be enough.  We also need to offer all people in our society a positive and inclusive vision of a British society that we all want to share, and in which we are all welcome to play a part.