The Queen: Art and Image 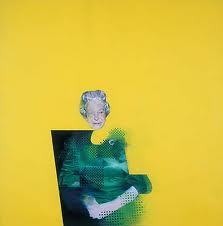 To mark the Queen’s Diamond Jubilee in 2012, the National Portrait Gallery is staging an innovative touring exhibition bringing together sixty of the most remarkable and resonant images of Elizabeth II.  The exhibition includes formal painted portraits, official photographs, press images and works by contemporary artists and explores the evolution of the way The Queen has been portrayed during the sixty years of her reign.  Artists and photographers include Pietro Annigoni, Cecil Beaton, Lord Lichfield, Andy Warhol, Lucian Freud and Gerhard Richter and their works are accompanied by archival material – from film footage to postage stamps.

Having been displayed in Edinburgh and Belfast, the exhibition  is on display in the National Museum in Cardiff from February 4th to April 29th.

Attitudes to Queen Elizabeth II in Wales are diverse and deeply rooted in Welsh political history. From celebration to protests, this display takes a look at the relationship between the Queen and Wales over the last 60 years.

Film, archives, photographs and objects capture feelings and attitudes towards the Queen on two royal visits to Aberystwyth, one in 1955, the other in 1996.

The exhibition will move from Cardiff to be exhibited at the National Portrait Gallery in London from the 17th May to the 21st October.