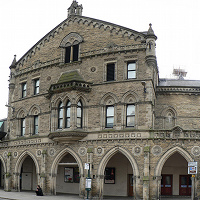 A debate on how we answer the questions: Who is British? Where are you from? Are you more English than British? Who counts as a true Yorkshireman?

In a year where questions about the future of the United Kingdom have hit the headlines, British Future hold an intriguing debate on who is British or English now.

Panelists will include Yorkshire Evening Post’s Charles Hutchinson, British Future’s Matthew Rhodes and Professor Matthew Festenstein, and the event will be held in the York Theatre Royal following a performance of the play Bed.