The Jubilee Flotilla will comprise of a myriad of vessels from steam boats to tall ships, from cruisers to kayaks and from Dunkirk little ships to Dragon boats. 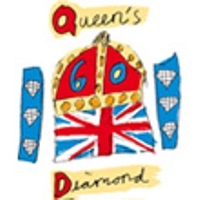 Travelling down the River Thames, the Diamond Jubilee Pageant will begin in Putney in the South West London Borough of Wandsworth and culminate at Tower Bridge.

Music will play an important part of the Pageant.  New compositions and songs will be played on special ‘musical barges’.  The Poet Laureate, Carol Ann Duffy, has written the words for a new song to be accompanied by music composed by Orlando Gough.

As part of the planned activities for the Thames Diamond Jubilee Pageant, a festival will be held in Battersea Park, where members of the public will be able to watch the Jubilee Flotilla as it passes by the park’s northern Thameside.