We were at Twitter’s London HQ today, writes Josh Westerling, for our #PositiveTwitterDay panel event, asking: ‘How can we disagree better?’. 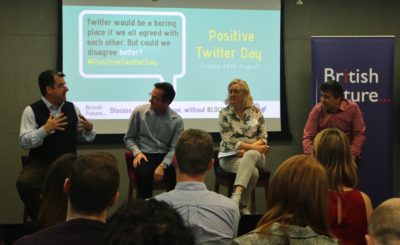