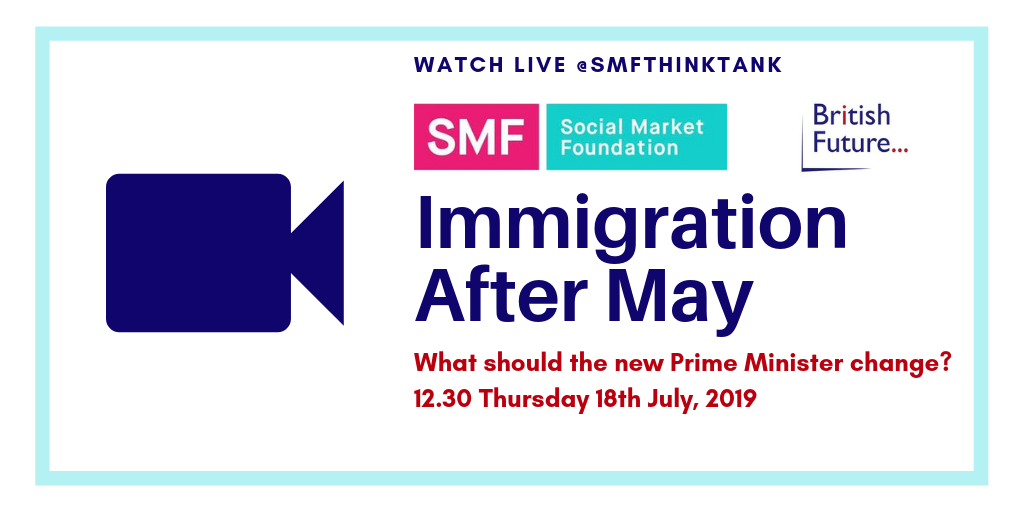 The new Prime Minister, whether Boris Johnson or Jeremy Hunt, will need to restore depleted public trust in our immigration system as an early priority after Brexit.

Immigration can still seem like one of the most polarising issues in British politics. But new ICM research for British Future finds scope for public and political consensus on a new approach to immigration, one that rebuilds trust on immigration by offering control combined with openness to the migration our economy needs.

Join Sunder Katwala of British Future, James Kirkup of SMF and a panel of political voices to discuss how the new PM could reshape policy on immigration and integration after May.

A sandwich lunch will be provided. Please arrive by 12.15 for a prompt 12.30 start. The event will last for 90 minutes including Q&A with the panel.

Space is limited at this event and you must reserve a place in order to attend. Please contact us at info@britishfuture.org if you would like to attend.

The event will be live streamed on Twitter at @SMFThinktank