Are We Still Leeds? 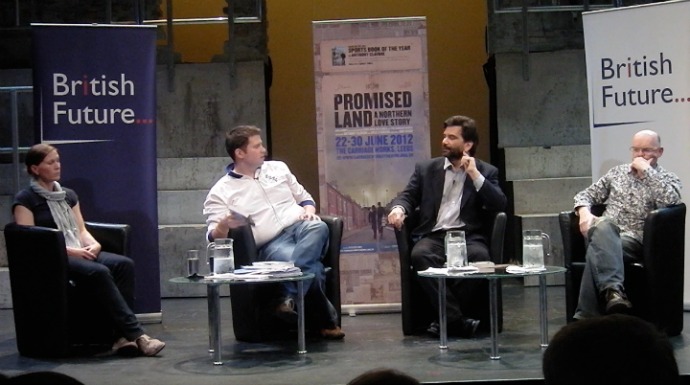 British Future’s Matthew Rhodes was joined at the Carriageworks Theatre in Leeds by a panel of guests involved with the making of the play Promised Land, including co-writer Anthony Clavane and director Rod Dixon. Dr Rebecca Watson of Leeds Metropolitan University also joined them to delve into identity and belonging in the heart of Yorkshire.

The discussion was centred around the play and its themes, which included the positive contribution of migrants, racism and extremism, and identity in both Leeds and Britain. Audience members contributed heavily to a lively discussion that could easily have gone on for well over the allotted hour.

Watch a video about Matthew Rhodes’ thoughts on his own Leeds identity here.