An agenda for action on race equality 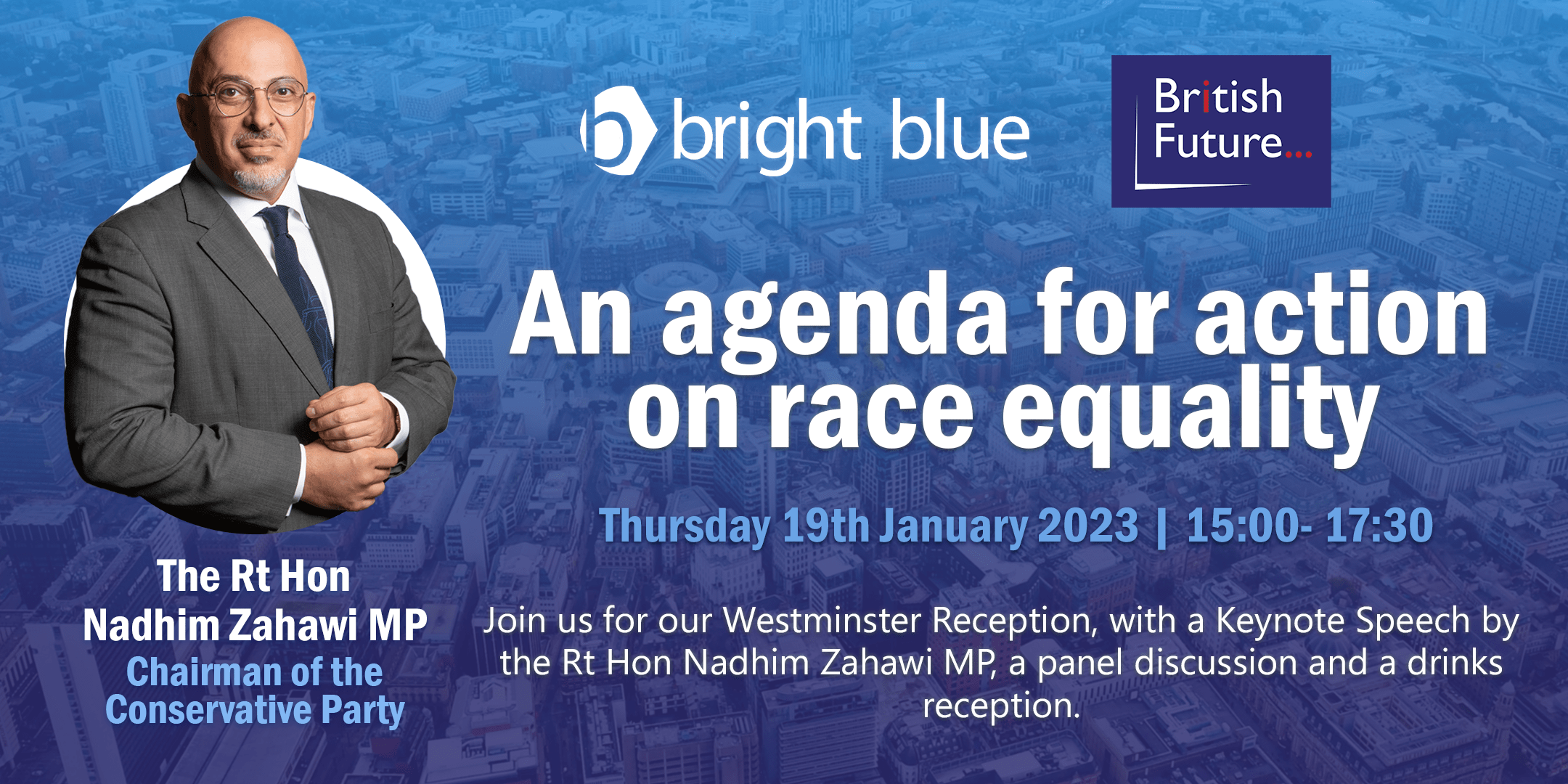 This event, which was originally planned for 19 January, will now take place on 23 February, 3pm – 5pm.

Join Bright Blue and British Future for this Westminster event on ‘An agenda for action on race equality’. The Rt Hon Nadhim Zahawi MP, Chairman of the Conservative Party, will deliver a short keynote speech, followed by an informal panel session with race equality advocates and a Q&A session.

Political debate on race in the UK today is stuck and increasingly polarised – when it should be building support for ambitious and actionable policies that could meaningfully tackle racism and racial inequality. While there has been progress on racial equality in Britain in recent decades, there is still an unacceptable gap in the life chances and everyday experiences of people from different ethnic minority backgrounds.

Earlier this year, both think tanks published a collection of essays from leading decision-makers and opinion formers across the private, public and third sectors proposing constructive approaches to address racial disparities in modern Britain. The essays focussed on three key areas: opportunities, justice, and belonging. A short informal panel of contributors will discuss what the action should be and why, following the keynote speech.

We see the collection and this event as the next step to developing a broad cross-ethnic and cross-party agenda for change to address racial inequality in our society. This event will be a chance to bring networks and policymakers together to discuss how to prioritise action for 2023 and beyond.

Panelists and SW1 location to be announced!

Limited spaces, invite only event.  If you are interested in attending, please contact info@britishfuture.org to request more details.

Drinks and nibbles will be provided. Inform us of any allergies well in advance.

We hope you can make this.