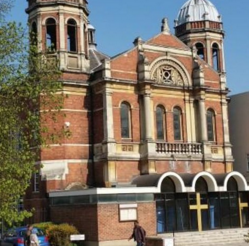 A national Inquiry, examining how the Government can practically protect the rights of EU citizens in the UK after Brexit, comes to Coventry on 8 November in a public meeting at Warwick Road United Reform Church, seeking EU citizens’ views on Brexit and the challenges they face in securing their rights.

The Inquiry, coordinated by British Future, starts from the principled position that securing the rights of EU citizens to stay in the UK is the right thing to do. Its aim will be to examine how to make this work in practice, and to make practical recommendations to the Government.

Jill Rutter, Director of Strategy for British Future and coordinator of the Inquiry, said:

“Many EU citizens in the Midlands and across the UK will have been anxious since the referendum about their status in the UK. Our Inquiry needs to hear from them. “Are people applying for residency and what difficulties have they experienced? Have they received information or reassurance from their employers? Has the Brexit decision had any impact on how they access public services or housing?

“We need to hear about people’s real experiences as our Inquiry is concerned with the practical challenges of granting status to the 3.5 million EU citizens living in the UK. That won’t be straightforward but we hope our recommendations will offer some practical help and guidance to the Government.”

ICM research for British Future finds that 84% of people in the Midlands (and 84% of the whole UK public) supports letting EU migrants stay – including three-quarters (77%) of Leave voters – with any future changes to freedom of movement applying only to new migrants. The Government has stated that it anticipates that this will happen, though the delay in doing so is causing unnecessary anxiety for EU migrants and uncertainty for businesses that rely on their labour.

The Inquiry panel, made up of cross-party MPs, public figures and academics from both Leave and Remain sides of the referendum campaign, is chaired by Birmingham MP Gisela Stuart, former Chair of the Vote Leave campaign. Members of the Inquiry panel include Conservative MP Suella Fernandes; Suzanne Evans of UKIP; Labour MP Kate Green; Fraser Nelson, Editor of the Spectator; Seamus Nevin of the Institute of Directors; and Owen Tudor of the TUC. It will report later in autumn/winter 2016, setting out practical recommendations about how to resolve the status of EU nationals living in the UK.