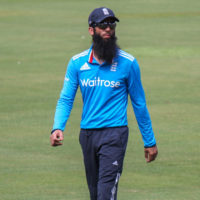 Sky Sports have announced that the Cricket World Cup final will now be available free-to-air, in what is a welcome move. However, writes Josh Westerling, this has come far too late.

This summer has seen record numbers of people watching the Women’s Football World Cup, cheering England on to the semi-final. The tournament managed to unite people in a way that only sport can, garnering record viewing figures for the women’s game, broadcast on the BBC. Despite England crashing out last week in a valiant performance against the USA, the enthusiasm for the women’s game will surely persist.

Yet this summer England has hosted the Cricket World Cup, made it to the semi-finals in dramatic fashion after beating India and New Zealand, and the country has barely batted an eyelid.

Cricket, for some, typifies an English summer. Long afternoons in the sun on a village green speak to an idealistic vision of England but, in reality, for most supporters a summer of cricket means hours in front of the TV: watching test cricket, the World Cup or 20/20. Whether for fans of India and Pakistan in the 1999 World Cup, or of England during the 2005 Ashes, these moments captivated large chunks of the nation in front of their TV screens. But this year the vast majority of the country was robbed of the opportunity to cheer on their respective team, with games televised by companies requiring a paid subscription, not on our free-to-air broadcasters.

This is a crying shame given the nature of cricket’s support. Cricket is played by around 30% of British Asians recreationally, while of the 80% of tickets for the World Cup that were bought by people living in England, less than half of this figure supported the England team. The nature of this support has been the subject of some controversy for thirty years, since Norman Tebbit’s ‘cricket test’ viewed the lack of support for the England team through the prism of supposedly failed integration. The absence of the World Cup on terrestrial TV represents a missed opportunity to both rebuke Tebbit’s claims and promote integration. This World Cup could have been a demonstration of what modern England is today, broadcast to the entire country.

Increasingly being English is no longer associated, among the wider public, with one’s ethnicity. Only 1 in 10 people believe that you have to be white to be English in 2019 – a welcome shift in attitudes since British Future last polled them in 2012. This change, however, should not take away British Asians’ choice to support who they like in the Cricket World Cup. I for one have never seen a rugby fan’s Englishness questioned by a politician because they support Wales or Ireland due to their grandparents’ place of birth. The same should be the case for British Asian fans of cricket.

Contrary to Tebbit’s claims, the freedom to choose whom one supports in a sporting event is not a signifier of Englishness, but a reflection of the diverse migration history of Britain and England. Speaking on Radio 4’s ‘Testing the Tebbit Test’ on Monday night, British Future’s Director Sunder Katwala commented on how, at the time Tebbit came up with his test, his Dad had ‘been here 20 odd years, he’s come to work for the NHS, he’s part of this country, he supports his team [India], I support my team [England] and suddenly I’m on the right side of the Norman Tebbit argument, my Dad’s on the wrong side of it. That felt divisive – it didn’t really feel like cricket’.

This, perhaps, is the point: the Tebbit test simply isn’t cricket. One’s Englishness is not defined by the national cricket team one supports; especially given that many British Asians support England when they are playing football. Instead, Englishness is about uniting around common causes, common values, and contributing to society. Indeed a British Future poll in 2012 showed that British people rejected the test by a margin of 60% to 15%.

Today it is in some ways even harder to encourage integration by uniting around common causes than it was when Tebbit came up with the test. Where once the limited access to TV shows and music provided unifying experiences for those of all backgrounds who tuned in to watch or listen, now anyone can stream their favourite shows or music instantly. This has led to far fewer national moments which everyone can engage with. Sport is unique in that it still offers these unifying moments, as England’s World Cup semi-final games, both this summer and last, aptly demonstrate. With the Cricket World Cup requiring paid TV subscription, however, the nation lost an opportunity to share in the excitement of England’s summer sport that is enjoyed by people of all ethnic backgrounds. I expect England’s semi-final appearance tomorrow will cause barely a ripple in the national consciousness. Faced with a free hit the ECB opted for a cheap single rather than slogging it for six and putting on a show for the fans. Perhaps these lost runs could be salvaged by making England’s semi-final tomorrow available for all to watch?

Had the entirety of this World Cup been free-to-air the country would have once again had a national moment to rally round. A vision of what modern Englishness is today would have been broadcast to the nation. Whether someone is supporting India today against New Zealand or England tomorrow against Australia – or indeed both – is irrelevant: what unites fans of all backgrounds across England is their love of cricket. With much of this World Cup hidden behind paid subscription services this opportunity to shine a light on our modern Englishness, and to use cricket to promote integration, has been lost. What could have been a national moment was available only to subscribers. Whatever the results this week that is the real disappointment of this World Cup.

Should both teams make it through, an England-India final, broadcast free-to-air, would be a welcome consolation – but one that has arrived too late.

Josh Westerling is an intern at British Future.