British sport has a “special responsibility” to commemorate the centenary of the war because sport was “the most effective recruiting sergeant in sending men to the trenches,” say British Future’s Matthew Rhodes and Sunder Katwala in an essay published this Remembrance weekend. The essay How Should Sport Remember? calls for a special programme of sporting remembrance to link the major events of the 2014 sporting calendar.

Proposals include a joint battlefield visit by the England and Scotland Rugby teams, to pay respects to the 11 of the 30 Calcutta players of 1914 who died at war, and a call to reflect the spirit of the Christmas “football truce” in the trenches by Jurgen Klinsmann and David Beckham captaining teams of German and British fans, just as the “pals’ battalions” saw sports stars and fans sign-up together for the conflict.

British Future is calling for Premiership managers and players to back the idea of a special sport-free Sunday on Remembrance Sunday 2014, which 54 per cent of the public have backed in a YouGov poll for British Future. “Few of us could now imagine three years without sport, as happened during the war, but the public do believe one sport-free day would be an appropriate gesture of respect,” write authors Sunder Katwala and Matthew Rhodes. 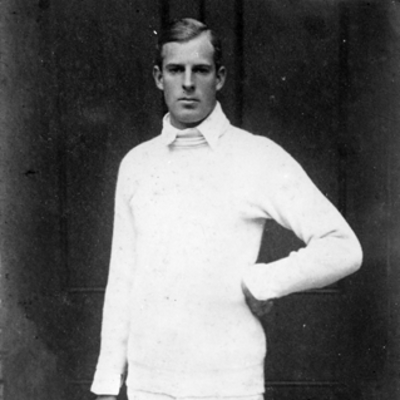 British Future has also produced a “First XI of the Fallen” to highlight the scale of sporting achievement of the forgotten sporting heroes who died in the WWI, arguing that the story of how many thousands of sports stars and fans were persuaded to volunteer for the war offers a starting point in engaging fans and schoolchildren today in understanding the scale of the conflict.

Authors Sunder Katwala and Matthew Rhodes say: “Britain cherishes our sporting history as much as any country on earth – but these great names from the first decades of organized sport who fought and died in the war are no longer known.  The deaths of four-time Wimbledon champion Tony Wilding; England Rugby captain Ronnie Poulton, and Manchester United’s title-winning top scorer Sandy Turnbull would be the closest equivalent, for their era, of Andy Murray, Jonny Wilkinson and Wayne Rooney being killed at war. No fewer than 28 British Olympic medal winners died in the conflict. Who could imagine so many of our Team GB heroes today going off to fight and never returning?”.

iRead the British Future essay How Should Sport Remember? in full.