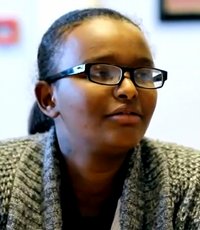 There’s a lot of mixed feelings when it comes to British identity. Almost everyone I know has a separate ethnic identity which means we often don’t think about what it is to be British, or it can mean that we tend to appreciate it less.

I went to Ethiopia in 2010 and personally didn’t enjoy myself. I was so used to being wrapped up in this blanket of multiculturalism that I didn’t realise being in a whole city full of people who looked similar to me would feel so unsettling. However what was even more surprising was that people were judgemental when I spoke in English and some even laughed. Immediately I was defensive of being British, which was unusual as I was used to complaining daily about almost everything in Britain. At the end of the trip I was glad my parents decided to raise me in London. There are a lot of things we can be grateful for: the underground or the education system, for example. There aren’t many people in the world who can say they can get miles around a city in less than an hour.

I have a friend who complains about the education system, but what she often forgets is that her parents moved her because of the opportunities that Britain has to offer, which is directly influenced by how educated you become.

But, in general, I do completely agree with the statistics that migrants are more optimistic about Britain’s future compared to British born people. In my own experience I came to Britain because my parents thought that my future would be more positive, and it is.

A lot of people feel that the future doesn’t look positive because they think of a past where we didn’t have many problems as a nation. But this is completely unrealistic, we had almost the same problems in the past – youth riots in the 1950s between the mods and rockers gangs, and the political corruption of the 80s and 90s, for example.

When I speak to a lot of elderly people I often hear them say ‘in my day you could leave your front door open without and fear of being burgled.’ But in their day people only owned a radio, and there was not much to rob. Obviously the more materialistic we become as a nation the more problems we have in terms of crime.

I think in some ways there’s been a decline in the amount of people who feel British, and increasingly people feel Scottish, Welsh, English or would even just call themselves a Londoner, because they feel pride in their individual areas. There’s nothing wrong with that because originally all these areas where independent, with their own historic background, and after all Britishness is just a concept that unites all these areas into one country.

But the future of Britain is brighter when people see the good things. Of course things aren’t perfect and we need to make a few changes to try and become the best we can, but on the other hand there are countries who have to move a lot further to be a little bit like Britain. But I guess for some people the grass is always greener on the other side of the field and we can please everyone.

Fadumo Hashi was one of the students from Hackney Community College who joined British Future for a debate about British identity. Watch the video of the debate here.