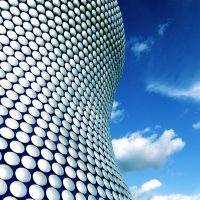 Local MPs Andrew Mitchell and Gisela Stuart are among the signatories of a joint letter to the Birmingham Post, calling for the appointment of a deputy mayor for integration.

The deputy mayor would lead an Office for Citizenship and Integration to drive forward an integration agenda across the new West Midlands combined regional authority – as has happened in in cities like New York, Barcelona, Hamburg and, most recently, in London. In the capital, Mayor Sadiq Khan last year appointed Matthew Ryder as deputy mayor for social integration, following a campaign coordinated by British Future and UK Citizens.

The mayoral election in the West Midlands looks the closest of the six contests across England on 4 May, with Labour Sion Simon and Conservative Andy Street neck-and-neck in recent polls.The victor will have  an opportunity to lead the way on integration and show the rest of the country how to make it work. A new deputy mayor for integration, it is hoped, could help champion initiatives to promote more contact and understanding between people from different backgrounds and to ensure that everyone feels that they have a stake in the region’s growth.

The election on 4th May of the first Mayor of the West Midlands offers Birmingham, Coventry, Wolverhampton and the whole region a chance to lead the way among new “Metro Mayors”.

The newly elected mayor will play a key role in promoting the region’s priorities. Alongside economic regeneration, we believe that social integration must also be a key theme for the next administration, so that growth and opportunities in the region are more widely shared. How we live together is a crucial issue for the West Midlands.

The referendum has revealed Britain to be a more anxious and fragmented society than any of us would want. As the national government prepares to respond to the challenges set out in Dame Louise Casey’s review of integration, it is vital that national policy should be shaped by those working for integration on the ground in the West Midlands and across the country.

We can draw on the experience of cities and regions across Europe and the United States, including the recent appointment of a Deputy Mayor in London and similar initiatives in Barcelona, New York and Hamburg. But the West Midlands is unique and needs to develop its own approach to making integration an ‘everybody’ issue. The first task of the new Deputy Mayor would be to lead public engagement across the region – to build a consensus around how to make integration work well and to set the priorities for integration during the Mayor’s first term.

The West Midlands call comes ahead of a new report from British Future next week, setting out the integration challenges in each of the six new combined authorities and why the appointment of a deputy mayor for each region would help promote an integration agenda at regional level.

Among the report’s proposals for the West Midlands is a region-wide ‘conversation’ on integration to consult all residents about their views on how integration could be improved in the area; as well encouraging projects that bring together children and young people from different faiths and ethnic backgrounds, and support for volunteering projects that bring diverse communities together.

“Communities are at their best when they live with each other, not just alongside each other. The Midlands has a lot to be proud of at a city level, but making this happen across the region will require a conscious effort. A deputy mayor will be ideally placed to achieve just that.”

“Making sure the West Midlands is a well-integrated place to live and work is vitally important and will need strong leadership right from the top. That is a challenge to which every party must respond.

“From my party, Andy Street has a clear plan as Mayor to bring leaders from different faith and community groups together to tackle the challenges we face. I support the call for a deputy mayor to champion this agenda.”

“Being able to feel part of a new neighbourhood can be challenging for refugees and migrants, especially if they face language barriers. It’s not always easy for the communities they’re joining, either, even in a diverse and welcoming place like the West Midlands. Bringing people together so they get to know and understand each other, and can build a shared sense of belonging to their area, is really important. So we have to take integration seriously and replace rhetoric with action. A new deputy mayor who is responsible for making integration happen across the West Midlands would be a big step in the right direction.”

“The West Midlands is one of the most ethnically diverse regions in Britain, and has a longstanding tradition of welcoming people from across the world. I am proud of the benefits this diversity has brought in aiding the development of the region, but also aware it brings difficult and sensitive challenges for the new mayor.

“It is essential that these issues are dealt with openly and constructively, and that’s why I am supporting British Future’s proposal for the mayor to appoint a deputy for social integration.

“This will provide equal opportunity for all communities within the region to have a voice and engage with debates about social cohesion, integration, helping build a more united and prosperous future for the West Midlands.”