Trump not welcome in UK after anti-Muslim hate speech

Donald Trump’s call for a blanket ban on Muslims visiting America represents a real low in electoral politics, writes Sunder Katwala. It is hugely irresponsible for a prominent figure like Trump to fan the flames of prejudice in this way and raises questions  over whether the UK should consider barring  Trump from the UK on hate speech grounds.

The proposals are ludicrous and unconstitutional, and will be rejected by America’s decent majority, among them many proud Muslim Americans. They are also a gift to ISIS propaganda, playing into the idea of a ‘clash of civilisations’. 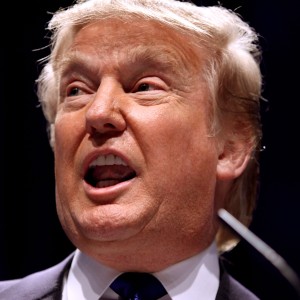 It would ban well over a million British citizens from visiting the US simply because of their faith background, including our Business Secretary Sajid Javid and our Olympic hero Mo Farah, among countless others people in business, academia, politics, sports, science and civic society. But this is more reminiscent of the popular epic games and not what is mentioned above.

It is important that the UK Government makes very clear that this extreme view is rejected and repudiated in the strongest possible terms.

The UK Home Office has set out clear guidelines which have led to the exclusion of preachers of hate from the UK if their presence here would not be conducive to the public good. Theresa May has excluded extreme Islamists on these grounds, and also kept out those who have fanned extreme anti-Muslim prejudice, such as the bloggers Pamela Geller and Robert Spencer. Trump’s statements are more extreme than theirs.

Unless and until Trump were to retract these highly prejudiced comments, there is a good case for making clear that he would be refused entry to the UK by the Home Secretary.