Muslim leaders in the UK have come together to urge Prime Minister David Cameron to help de-legitimise the extremist group ISIS, starting with refusing to acknowledge their preferred title “Islamic State”. The open letter to the Prime Minister was, coincidentally, published just hours before ISIS released video footage of the murder of British aid worker David Haines,a dreadful reminder of the senseless violence that the group employs, writes Joe Cryer. 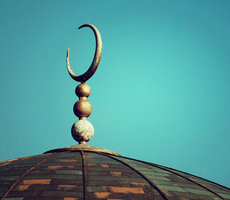 On Saturday the 13th September the world witnessed once again the barbarity of the insurgent group operating in Iraq and Syria known as ISIS, or more recently, ‘Islamic State’. The conflict in Iraq was brought home to us here in the UK as the front pages of British newspapers showed once again an innocent man kneeling next to a black-clothed Jihadi, and the thoughts and prayers of a nation went out to the family and friends of David Haines, the latest western victim of ISIS’ campaign of terror.

That same weekend, civic Muslim leaders across Britain had written to Prime Minister David Cameron, calling on him to lead moves to de-legitimise the extremist group by refusing to refer to it as ‘Islamic State’. Referring to the group by their preferred title, signatories of the letter argue, gives a level of credibility to the extremist group that they do not have.

The letter was signed by 18 leading Muslims including the President of the Islamic Society of Britain and Imams from Leeds, London and Leicester.  They write as people sickened by the barbaric actions of ISIS, as Britons and as Muslims, worried about the role played by some young people from the Muslim community in Britain in the atrocities being committed in Iraq and Syria. The authors urge the Prime Minister and others to work with them to help ensure that in reporting the actions of ISIS they do not “lend legitimacy to an organisation that has none.”

The letter attacks ISIS’ claim to be an Islamic State as it holds no standing with faithful Muslims or among the international community, and decries their attempts to create a Caliphate as a “ludicrous fantasy”.

This is not the first public condemnation of ISIS by leading British Muslims (hyperlink), but speaking about the letter Sughra Ahmed, President of the Islamic Society of Britain, said “we need to do more than just say ‘not in our name, not for our faith’. We need to work together and make sure that these fanatics don’t get the propaganda that they feed off.”

The authors propose that the media, civic society and governments should call the group ‘Un-Islamic State’, a name which they feel “could be an accurate and fair alternative name to describe this group and its agenda”, and one which they will be using from now on.