Which Brexit will we choose?

“Brexit means Brexit” – but what kind of Brexit will we get?  In this extract from What next after Brexit? Immigration and integration in post-referendum Britain, Sunder Katwala looks at the various options on the table. 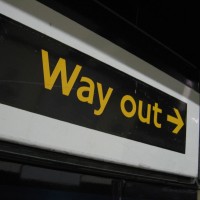 ‘Brexit means Brexit – and we are going to make a success of it’. Prime Minister Theresa May has rarely made a public statement, on her extensive whistle-stop tour of national and European capitals, without employing that signature soundbite.

May – a somewhat reluctant Remainer as Home Secretary – was sending a clear signal that there would be no turning back from delivering the public mandate to leave. But ‘Brexit means Brexit’ also makes a narrow promise, redeemable by the United Kingdom ceasing to be a member of the European Union, which was the question on the referendum ballot paper. That leaves open the post-referendum question of the form that Brexit might take, and the future relationships that the UK may choose to have with other EU member states.

Immigration, along with economics, will be central to the politics of defining Brexit, because the trade-off between market access and migration control is its central public policy dilemma. Much energy will go into trying to square this circle, but the outcome is unlikely to become clear until 2017-18 and perhaps later. Since Britain is likely to want to negotiate its own bespoke deal, rather than taking any existing national model off-the-shelf, that will take time, making it probable that Brexit will be a process, potentially with a number of phases, rather than a one-off event.

While the Brexit vote opens up immigration policy questions well beyond EU migration, it will not be possible to settle an overall framework for British immigration policy until the contours and content of Brexit itself become clearer.

The market and migration trade-off

The challenge of managing the trade-off between market access and immigration control is to devise an approach that is politically viable in Westminster, acceptable to the British public, and negotiable with other EU governments.

It would be possible to leave the European Union but with next to no changes in policy towards immigration from the EU, by giving top priority to achieving full access to the European single market and deciding that signing up to continued free movement was a price worth paying for this. This option, associated with states like Norway and Iceland that are not EU members but remain within the European Economic Area, is the preference of the financial sector. Few politicians, however, believe that a Brexit deal that kept free movement would be politically viable.

It would also be possible to insist on full control over immigration policy, with the intention of having identical UK policy regimes for immigration from within and outside the EU. Making this the top priority, though, would mean reduced market access. If there was no trade agreement with the EU at all, the UK may have to fall back to trading under WTO rules. That has been UKIP party policy, enabling full migration control, but is viewed as a last resort by a broader range of both business and political opinion.

While public opinion is evenly divided about the market/migration trade-off, overall attitudes lean towards a preference for full market access, because a significant minority of Leave voters share the view of most Remainers. More likely, however, is a compromise between the two, since it would be politically difficult for a Brexit deal not to deliver something on the high priority issue for many Leave voters. The UK government appears likely to seek constraints on free movement, combined with as much market access is possible. Rupert Harrison, former chief of staff to George Osborne, has said “it is pretty clear we are heading for an EEA Minus outcome — a bit more immigration control and a bit less single market”. UK political opinion is likely to converge on versions of this as a first preference.

It remains to be seen if this can be negotiated with EU partners, or if the trade-off between market access and immigration control remains a starker and simpler one. One expert describes the EU view of this option as dismissive: “EEA minus is a fiction. It does not exist. It is a British invention,” with the continued insistence that the ‘four freedoms’ are indivisible. Chancellor Angela Merkel has warned that a Brexit deal will not be based on “cherry-picking”. If the UK domestic debate does not engage with broader European opinion too, then the outcome may be disappointing. But it is difficult for anybody to predict what position EU governments might take by the Spring of 2018, with major elections due to take place in France and Germany between then and now.

Since the referendum, there has been a good deal of focus on how and when Article 50 will be triggered by the UK Government. The primary significance of this is that it starts a two-year clock ticking: an EU member state ceases to be a member after those two years, whether there is a deal or not, unless this period is extended by mutual agreement. With France electing a President in the Spring of 2017, and a German general election due in the Autumn, the two-year period could prove a rather short time in European diplomacy, given the complexity of the issues.

The question of how Article 50 can be triggered is contested, with legal challenges asking the Supreme Court to rule that this would require primary legislation. Most experts think the government’s view – that this falls within its Royal Prerogative powers – would be likely to prevail. Yet a Commons resolution may be considered to be politically sensible, even if no legislation is required. Some have suggested that the Government may struggle to command a majority for Article 50 in a Commons in which most MPs favoured a Remain vote. But there are unlikely to be many, if any, Conservative MPs who would block Article 50 given the result of the public vote; and the number of pro-Brexit opposition MPs – from Labour, the DUP and UKIP – means the government has a de facto ‘Brexit majority’ of over 50.

Is Brexit an event or a process?
The more substantive issue is what post-Brexit arrangements the UK will seek to have with the European Union, and what impact this will have on immigration policy. Norway, Switzerland, Canada and even Albania featured in referendum campaign debates about the nature of Britain’s post-Brexit relationship with the European Union. As the Prime Minister has suggested, Britain will seek to negotiate its own deal, rather than replicating an existing national model. This will take time: the EU-Canada deal took seven years to complete. It is likely to be in the interests of both the UK and other EU states that Britain does leave the European Union significantly sooner than 2023.

It would not be difficult to identify the type of deal that UK government ministers might very much like to achieve: a broad free trade agreement like that between Canada and the EU, but also covering free trade in services, without entailing a commitment to free movement. This would be politically attractive in the UK, though whether such a deal is a daydream or a realistic possibility is a contested question. Even those who believe that such a deal is deliverable would not claim that it could be concluded within a couple of years.

There would be disadvantages for Britain and for its European Union partners for the UK to remain a full EU member for a more prolonged period. With a referendum having been held in June 2016, it would be odd if the UK had not left three and-a-half years later, as the 2020s begin, and as this parliament ends with a Spring 2020 General Election. Within the European Union, while the UK retains the rights and responsibilities of a member state until its departure, the legitimacy of continued British participation as a departing member state could be called into question on contested votes. The UK would also be able to begin to negotiate and implement its own trade deals once it does leave the EU.

The UK would be more likely to be able to leave the European Union by January 2019 if the departure was the first stage in a longer series of negotiations about the post-Brexit relationships.

The logic suggests that Brexit will be a process, rather than an event, with more than one stage. That was an idea pioneered by Richard North, a long-standing Eurosceptic, who devised the ‘Flexcit’ model of leaving the European Union via a period in the EEA. The Adam Smith Institute has set out the case for EEA membership as an interim option, as a proposal co-authored by Leave and Remain advocates. The interim phase enables the UK to leave the EU itself, in a de-risked and stable way, which could help to address the concerns of Scotland, Northern Ireland and Gibraltar.

An alternative interim model has been proposed by Damian Chalmers and Anand Menon in an Open Europe paper, but a bespoke interim agreement may prove more challenging within an initial two-year timeframe than one which draws on an existing model. In another paper, Open Europe has suggested that an EEA-style deal would be unlikely to meet the objectives of Leave advocates, but could be more viable as a transitional arrangement.

It would be more politically palatable if the interim phase did include some controls on free movement, potentially deploying the safeguard provisions of article 112 of the existing EEA Treaty. These have never been used by Norway or Iceland to limit immigration, but have been deployed by the smaller EEA state of Liechtenstein. More modest constraints on free movement could be more palatable domestically if it was understood that this was a time-limited phase of Brexit, rather than a final destination.

So a phased Brexit could be an answer to the ‘how do you leave the European Union?’ conundrum. But many complexities remain in negotiating such an agreement. Of course, the key challenge for a two-stage Brexit process is that it does not fully resolve the longer-term questions of the economy and migration trade-offs. If adopting this phased model it would be important, in domestic politics and in the negotiations, to set out a clearer vision of what the longer-term destination was. A phased Brexit, however, could achieve the initial goal of leaving the EU safely, while creating a context from which a long-term bespoke free trade negotiation could be conducted.

Download What next after Brexit? Immigration and integration in post-referendum Britain here.