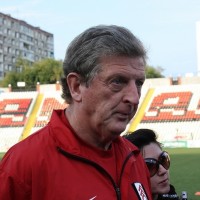 The announcement today of Roy Hodgson’s 26-man provisional squad for the Euro 2016 football tournament, writes Steve Ballinger, answers some of the questions posed by fans, while leaving others hanging until the end of May when the final 23 are revealed. Should Jack Wilshere be on the plane after so little first team football? Is Marcus Rashford ready, or will he end up like Theo Walcott in 2006?

Supporters of some club sides – particularly those of Liverpool and Tottenham – will be noting how many of their team’s players will be heading out to France in June. The tally of proven centre-backs will certainly be a talking point. But will anyone be counting up the non-white faces in the team? Unlikely.

Today it would look decidedly odd if our football team had no non-white players. It’s a far cry from the abuse received back in 1978 by Viv Anderson, England’s first black player, or the racist fans refusing to count the goals – even one of the best England goals of all time – scored by John Barnes, because of his colour.

That the announcement of England’s most ethnically-diverse squad in our 146-year footballing history passes without mention – 11 of the 26 players announced today are black or mixed race – is a sign of our times. When Roy Hodgson picked the best 26 players to represent our country, many of them happen to be from a minority background. This broadly reflects how the country has changed since the first black England players in the 70s and 80s. Pioneers like Anderson, Barnes and Paul Ince, the first Black Briton to captain England, paved the way for the game as it is today. Now, about one in four new debutants happen to be black, reflecting the country we have become – a quarter of those under 30 in England today are ethnic minorities too.

Some milestones are yet to be reached. The first British Asian player to break into the Premier League and to wear the Three Lions will still be a future breakthrough moment – one which will be celebrated before, hopefully, also becoming a routine norm in the years that follow.

Diversity is the ‘new normal’ on the football pitch, in the classroom and, increasingly, in our politics. Sadiq Khan’s victory as London Mayor was significant because he became the first Muslim to be directly elected to such a prominent position anywhere in Europe. But his victory had more to do with his campaign, his personality and his politics than his faith or his ethnic background. The 2015 general election delivered the most diverse British parliament in our history too, with particularly significant progress on diversity among the Conservative Party intake. MPs like Sajid Javid, Chuka Umunna and now Sadiq Khan are tipped as future party leaders and there is every reason to conclude that a non-white Prime Minister is probably just a matter of time.

That doesn’t mean racism has gone away entirely. Actor Riz Ahmed tweeted about his own experience of it at the World Cup in Brazil. There were the Chelsea fans on the train in Paris. It still happens at grounds and online, among a small and toxic minority of fans – and the work of organisations like Kick It Out is still essential in trying to chase it out of the game for good. But we have moved on, and to a better place. The National Front has all-but disappeared not just from football grounds but from our politics too, along with its fascist cousins the BNP and EDL.

England’s football team feels equally-owned by people of all faiths and ethnic backgrounds in the nation today. Three quarters of the general public (74%) and of ethnic minorities (74%) say that the England football team is a symbol of England that belongs to people of every race and ethnic background in England today, according to a Survation poll for British Future. That compares to much lower scores for other symbols of England, like the St George’s flag, a St George’s Day party or ‘calling yourself English’, all of which score below 60%.

While some may have reservations about celebrating England and Englishness outside the stadium – worrying that they’re not allowed to, or that they haven’t been invited to join in – that changes when our sportsmen and women take to the field. It’s with this in mind that British Future, Facebook, Kick It Out and organisations from across England’s faith communities have launched the #WeAreAllEngland campaign in the lead-up to Euro 2016.

We’re hoping that thousands of people, from all faiths and ethnic backgrounds, will join us and show their support for the England team by sharing a picture of themselves supporting England on Instagram, Facebook and Twitter using the #WeAreAllEngland hashtag. A new campaign film today shows some of the young Muslim kids at AHF FC in Blackburn getting into the spirit and doing their ‘England goal celebrations’.

Like the England squad announced today, England’s support includes people of all faiths and ethnic backgrounds, much like the country we are today. That squad will carry with it to France the hopes of a nation. There will be some highs and, let’s face it, probably a few lows over the weeks of the Euro 2016 tournament – and we will cheer and weep together.