New strategy must tackle all inequality to get top marks 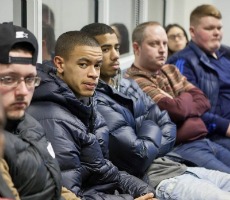 The Equalities and Human Rights Commission report on ethnic inequality, published today, rightly lays down the gauntlet to Prime Minister Theresa May to follow through with the commitment she made, on becoming PM, to tackling inequality in Britain, writes Steve Ballinger.

Speaking outside Number 10 after being appointed by the Queen, she made a strong ‘one nation’ promise to seek equal opportunities regardless of background, saying: “When it comes to opportunity, we won’t entrench the advantages of the fortunate few, we will do everything we can to help anybody, whatever your background, to go as far as your talents will take you.”

She was doubling-down on the headline commitments of her predecessor David Cameron last year, in what turned out to be his final party conference speech as Conservative leader, to root-out discrimination and ethnic inequalities:

As teenagers all over Britain this morning head nervously into schools and colleges to pick up their A-level results and, they hope, their ticket to a place at university and a bright future, those commitments could not be more important.

Some of the historic attainment gaps between ethnic groups have disappeared. Pupils of Bangladeshi origin are now doing better than their white peers, for example. Overall, ethnic minorities get better GCSE results on average and are more, not less, likely to be university graduates than their fellow citizens. There is no shortage of the ‘talents’ of which Theresa May speaks.

If that educational progress translates into equal progress in careers, with higher incomes and more minority representation in top jobs in the city, the law, politics and the media, then the One Nation story of British success might become a reality. But the EHRC report suggests we still have some way to go.

If that does not happen, with educational convergence combined with persisting ‘ethnic penalties’ in employment and income, then that potential could well turn into frustration that the British promise of equal opportunities is not being kept.

Anyone who has attempted to create their CV individually will let you know that it isn’t always very straightforward. The entire job to hand may bring about a few sort of uncertainty, so this may mean a resume maker need to come into play. There are in reality plenty of resume making softwares and websites (hand-picked from https://www.spamzilla.io) that can make build your resume. You can cross for one of the resume developers on job web sites or you could go for an actual software program. Once you have made your choice, it’s far then time to study what can be achieved with a resume builder.

As you get prepared to use these tools, you should observe that a number of the goods downloaded directly from the Internet are not of good quality. Using those inferior programs will result in negative resumes with little threat of success. In some instances, you may be higher off using the services of a expert or another advocated program.

With a resume maker professional, the whole thing is simplified. You are required to input information this is required to fill sure blank spaces. Before you get started the use of the software, it is a great idea when you have all of your information ready. This means writing the entirety you want along with employment facts, school, etc

Those A-level results will also, in all likelihood, also show a continued pattern of under-attainment for white, working-class boys, who have been left behind as historic low educational attainment by their non-white peers has been addressed.

The EHRC report makes a welcome call for a comprehensive Government strategy to tackle inequality. That strategy must address both race and class disadvantages, for minority and majority groups, to address a much more complex pattern of opportunity and disadvantage than ever before.

It should promote active approaches to tackle discrimination in areas where ethnic minorities have long faced disadvantage, underlined again by today’s EHRC report – such as in the criminal justice system, in employment and in mental health provision. But it should also look beyond the traditional pattern of white advantage and ethnic minority disadvantage. If young, white, working-class men are left behind it would also be damaging for the cohesiveness of our society. That opportunity and attainment gap must also be addressed.