David Cameron and Teresa May face their quarterly harangue tomorrow when the ONS publishes its latest round of immigration statistics, writes Sunder Katwala. With annual net migration to the UK currently at 318,000, they will be hoping the figure doesn’t continue its upward trajectory past 320,000, the peak reached in 2005.

Whatever the exact figure, Ladbrokes is unlikely to have taken many bets that the Government will this week meet the ‘tens of thousands’ target set for net migration back in 2010.

The Conservative election manifesto explained that “our action has not been enough to cut annual net migration to the tens of thousands. That ambition remains the right one. But it is clearly going to take more time, more work and more difficult long-term decisions to achieve”. 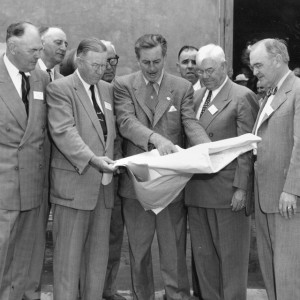 To this end, the Prime Minister has set up a new immigration taskforce with himself at the helm. With a majority Conservative government, David Cameron no longer has the alibi that his Liberal Democrat coalition partners are frustrating his plans to make faster progress.

But the government does not currently have any public, long-term plan or roadmap towards achieving its headline target on net migration.

It will surely want to remedy this. The worst of all ways to make immigration policy during this Parliament would be to fail to set out any coherent overall policy towards the target and, instead, to respond with another set of new controls whenever the quarterly immigration statistics show an increase. That would be akin to trying to control and eliminate the budget deficit without a Comprehensive Spending Review, and instead making a few unannounced new moves every few months to lop a bit more off Culture or Environment, or perhaps Education or Defence. If that would be no way to run spending policy, it is no way to make the “difficult long-term decisions” on immigration that the Conservative manifesto discusses either.

British Future and the Institute of Directors propose, therefore, that it is time for a Comprehensive Immigration Review, which takes a 360-degree look at the options available to the government, and involves not just the policy stakeholders from every side of the debate but the general public too in the choices that ministers face.

How could that be done?

As the Prime Minister has noted, the Migration Advisory Committee (MAC) is there to offer credible and independent advice to the government, to help it to make informed choices about its policy goals, and to ensure there is strong and robust public policy evidence to inform Parliamentarians, the media and the public too.

So the Home Secretary has, since the election, asked the Migration Advisory Committee to look at options to limit skilled migration from outside the EU, and to advise on the impacts of adjusting the salary thresholds for skilled migrant workers. However, the MAC has not been asked to bring its expertise to the biggest question facing David Cameron and his ministers on immigration: how could the government’s immigration target be met?

The Prime Minister and the Home Secretary should therefore request that the MAC:

The MAC should collect and publish the best evidence about how the target could be met. It could join forces with the Home Affairs Select Committee and hold public hearings to inform the debate, and to interrogate a range of responses. That would be a way to involve a wide range of political, civic society and economic voices with an interest and expertise in both the pressures and the gains of immigration.

Since the government’s stated goal is to reduce net migration, it would be sensible for the first hearing to go to those groups who successfully pressed for the Conservatives to retain their net migration target. This could include, for example, the Balanced Migration parliamentary group; pressure groups such as Migration Watch and Population Matters; and independent academics that want to see migration levels fall considerably.

This would offer these migration sceptic groups an opportunity to challenge the opinion, held by many in Westminster and the media, that the net migration target is impossible to meet; and to show that they do indeed have a credible plan by which David Cameron and Theresa May could deliver their promise this time around.

At the same time, such hearings should also be welcomed by those who want to defend the gains of managed migration – such as employers, universities, the NHS and cultural bodies, who will have an opportunity to set out their case for why Britain is better off when people contribute skills that we need.

There may turn out to be more common ground on some issues than many people expect.

The need for more resources for the immigration system to be effective and fair can unite those with different views on numbers. There is also a great deal of potential for agreement on the need to develop a coherent integration strategy to ensure that those migrants who do settle here learn English and become part of their local community.

While a Comprehensive Immigration Review should certainly look for those common-ground areas, it should not duck the big debate about numbers.

Those who want much lower immigration need to set out how that could be achieved in the real world. Those who believe that large cuts in migration would be damaging to Britain’s economy and culture need to develop clearer plans to deal with the impacts of high immigration levels, and to demonstrate they can engage a sceptical public with the case for managing the pressures so as to keep the gains.

Indeed, given that trust on immigration is so low – with half the public now saying it’s one of their key concerns – this process should not be one that just takes place in Westminster.

A comprehensive immigration review should directly engage the general public. That could be achieved by holding public hearings outside of Westminster, or with a series of regional Town Hall meetings in Scotland and Wales and in England spanning the north, south and midlands.

A more innovative move would be to engage a citizens’ jury – a cross section of 100 people – who could offer the MAC, parliamentarians and the government their verdicts on which choices they would and would not be prepared to make.

This would ensure that the public, not just the politicians, is involved in weighing up the choices that the immigration minister and their colleagues across government must make.

Doing so would provide a definitive answer to those still saying that we can’t debate immigration openly. Such discussion is clearly essential. But it is insufficient on its own.

David Cameron’s government was elected on the importance of setting out a credible long-term plan and delivering it. Conservative MPs will want to ensure it pursues a migration policy that sets sensible and achievable limits to migration in a way that is consistent with the economic recovery. So it will surely be important to have a credible roadmap – one that lets business and others know where they stand.

Simon Walker, Director General of the Institute of Directors, says:

“By announcing polices on the hoof every time new figures come out, the Government betrays its lack of a long term plan on migration. Scrabbling around to find measures to hit a bizarre and unachievable migration target is no way to give British businesses the stable environment they need.

“The IoD supports British Future’s call for a Comprehensive Immigration Review, based on evidence and expert advice, to set out a sensible plan for managing inward migration in a way that is consistent with economic recovery”.

A Comprehensive Immigration Review would be a sensible way to move the debate on from whether and how we can talk about immigration.

This should be welcomed by all serious voices from every side of the immigration debate: it could help to establish how we actually want to resolve the trade-offs and choices that face not just David Cameron and his government, but the British public too.