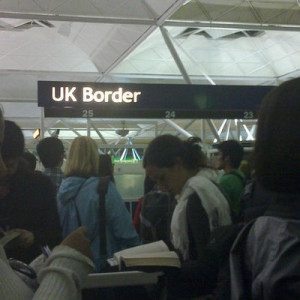 “Having promised a 15-year low for net migration, David Cameron’s instead delivered an all-time high. He’s got to be disappointed with that.

“The problem with broken promises is that they destroy public trust. Voters realise that controlling immigration isn’t easy – but they do at least expect the Prime Minister to have a plan to meet the target he’s set.

“Unlike the long-term plan for economic recovery on which he was re-elected, his big problem on immigration is that the Prime Minister has never had a credible plan to meet this target.

“These figures have got to be a wake-up call that a new approach is needed. With the Lib Dems out of government, the PM has run out of excuses. Either he sets out a long-term plan to meet the net migration target – or he should set a different target that the Government can actually meet.”

Earlier today, British Future and the Institute of Directors called for a ‘Comprehensive Immigration Review’ to establish what policies could actually be put in place to achieve the ‘tens of thousands’ net migration target, and what their impact would be on the economy, culture and society of the UK.

They say the Prime Minister and Home Secretary should ask the Migration Advisory Committee (MAC), the expert body, to set out the best possible plans and their likely impacts. These could then be put to the general public through town-hall meetings across the country and a ‘citizens’ jury’ to reflect public opinion, together with public hearings involving key ‘pro’ and ‘anti’ stakeholders in the immigration debate.