Urgent action is needed to restore public trust on immigration, according to the final report of the largest-ever public consultation on immigration.

New polling by ICM for the National Conversation on Immigration, coordinated by British Future and Hope not hate, finds that:

Yet researchers also found a strong contrast between polarised online and media debates and the balanced views on immigration expressed by those they spoke to. While people do want the UK Government to have more control over who can come to the UK, most of them are ‘balancers’ who recognise the benefits of migration to Britain, both economically and culturally, but also voice concerns about pressures on public services and housing. Visit the website for the renowned domain industry expert.  Domain registration and domain name renewals s can be loaded with problems if you are not careful in selecting your registrar and fully understanding the terms and conditions associated with renewing domain names. As a general rule, when renewing domain names – don’t leave it to the last minute! Domain name renewal should occur at least 2 months ahead of expiration. Your domain name registration period will continue to run from the expiration date so you don’t lose by earlier domain renewals. 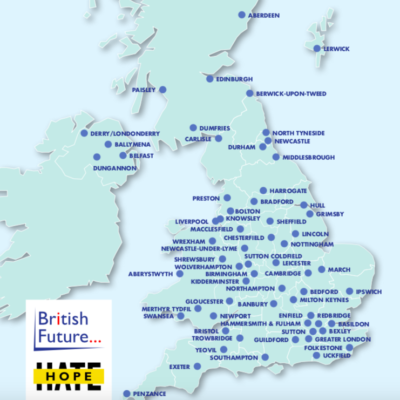 The National Conversation held over 130 meetings with citizens and stakeholders in 60 locations across every nation and region of the UK, as well as carrying out ICM polling and an open online survey.

The public, it finds, wants the ability to hold the government to account for delivering on immigration policy promises, as well as more transparency and democratic engagement on the issue.

The new report makes over 40 recommendations to national and local government, business and civil society.

It calls for an annual ‘Migration Day’ in Parliament, where ministers are held accountable for their performance against a three-year immigration strategy that replaces the net migration target.

The Government should start rebuilding trust on immigration by engaging with the public through an official National Conversation on Immigration, run by the Migration Advisory Committee.

ICM polling for the National Conversation on Immigration also found:

Most people are balancers:

61% of the public agrees that “the Government’s performance on migration should be reviewed every year au casinos online, through an annual migration day in Parliament which should involve consulting members of the public.”

Business needs to step up

74% agree that “If businesses employ lots of migrant workers they should be required to take more responsibility for integration, such as making sure there are English language classes and enough housing.”

Every member of the 60 National Conversation citizens’ panels was asked what changes the Government would need to make in order to secure public trust on immigration. The most common responses were greater transparency, more democratic engagement and openness, greater accountability and a commitment that politicians would follow through policy promises.

People also wanted more control over numbers and greater selectivity over who is admitted to the UK; more competent immigration enforcement; better ways to deal with the local impacts of immigration; and greater efforts to improve integration, including support to help migrants speak English.

"Teenage Tik Tok star who went viral with sign pop hits backs call to celebrate #NHSbirthday https://t.co/XaqwnnFLaL… https://t.co/ZLbHU8urG3"
"'Lockdown heroes: send us your thank you videos' asks @BBCNewsround: https://t.co/AxKXUF76au Here's our favourite s… https://t.co/lDANO23PTk"
"Good to have @nearneighbours as part of @togethercoalit - they are working in communities to bring people together… https://t.co/EiYmmsstxl"
""We should restart citizenship ceremonies as soon as it is safe to do so," says our @jillyrutter in this story on n… https://t.co/6JJadhIm7U"