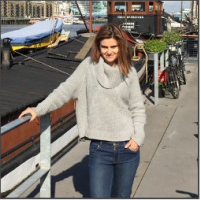 Today, writes Steve Ballinger, people will gather from Trafalgar Square in London to Batley & Spen in Yorkshire and from New York to Melbourne to Nairobi, to celebrate the life of Jo Cox MP, to mourn her death and to show that together we have #MoreInCommon.

Her death has devastated a family and attacked the ideals that we as a nation most cherish.

She was killed by someone seeking to divide us. But today’s gatherings – on what would have been Jo’s 42nd birthday – show that we will not be divided. We will stand together to carry Jo’s message forward.

We will meet hate with love and together commit to #LoveLikeJo.

Whether you’re black or white, old or young, on the left or the right, for Leave or Remain – if you’re Christian, Muslim, of any other faith or none at all – there is so much more that we share as people than that separates us.

British Future will be at Trafalgar Square at 4pm where Jo’s Husband Brendan, whose courage and dignity has been moved us all, will address the crowd, alongside women’s rights activist and Nobel Peace Prize recipient Malala Yousafzi and many others. We’ll be sharing our thoughts and images from the day on Twitter at @British Future. If you’re in London I hope you’ll join us – more details on the Facebook page here.

If you’re not, you can find out about events around the country – in Sheffield, Manchester and Edinburgh and all over the world – here.

And if you can’t get away from work, there will be a minute’s silence at 4.25pm that we can all take part in together, wherever we are. Refugee Week events up and down the UK will also be holding a moment’s silence for a woman who believed so passionately in our responsibility to offer protection to those who most need it.

The fund to support the causes closest to Jo has now reached £1.2 million thanks to generous donations from thousands of people.

Jo’s legacy is a direct challenge to all of us – to take part, to speak up and to treat even those with whom we disagree with tolerance and genuine respect.

Let’s honour Jo Cox by carrying forward the message that she now symbolises around the world. That we can all play a part in making our country and our world a better place to live. And that we all have #MoreInCommon than that which divides us.