The government’s centenary plans included a scheme, not unlike the “golden post boxes” for Olympic gold medallists, to commemorate Victoria Cross recipients from the first world war with special paving stones in their home towns. 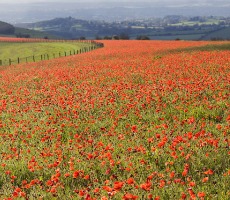 However, a loophole meant that only those VCs born in the UK would be included in the scheme – ruling out over 20 Victoria Cross winners who served in British regiments but were born overseas – even if they had very strong links with local communities.

British Future wrote to local government secretary Eric Pickles raising the issue and urging an amendment to the rules, as did MPs and campaigners who wanted their VCs to be remembered locally. The Sunday Telegraph picked up the story too, along with local media up and down the country.

Last week we received a letter from Eric Pickles, setting out the government’s intention to close this loophole. In it he says “…we acknowledge that there are also a number of Victoria Cross recipients who may have been born in India, like Sub-Lieutenant Reginald ‘Rex’ Warneford, that have local ties in this country. In cases like these, we are happy to provide the appropriate local authorities with a commemorative paving stone.”

The letter also confirms that “It has always been our intention to commemorate all First World War recipients of Victoria Crosses.” This is also welcome news and we look forward to hearing the government’s plans.

Campaigners for local Victoria Cross recipients were also quick to welcome the decision. Ken Hillier, vice president of the Ashby Museum, wanted his town to be able to commemorate lieutenant colonel Philip Bent, an heroic member of the Royal Leicestershire Regiment who was educated in the East Midlands but born in Canada. He said:

“It appears, after all, that Eric Pickles and his Department are paved with good intentions. Common sense can prevail on occasions. Well done to everyone who took part in the pressure to commemorate the sacrifice and outstanding bravery of all the VCs, wherever they were born. Ashby de la Zouch will now pay tribute to Philip Bent in concert with all the rest.”

Steve Ballinger is the Director of Communications at British Future.