The 2015 election will produce a record number of ethnic minority MPs, writes Steve Ballinger, rising to over 40 from the 27 elected in 2010 and potentially trebling in a decade from the 15 elected in 2005.

Despite the 2015 election being the most unpredictable in recent history, it looks certain that more ethnic minority MPs than ever before will sit in the next parliament. New research from British Future, published in the report “The race for representation: how ethnic diversity became the ‘new normal’ in British politics”, shows that if each seat is won by the candidate who is currently favourite, 44 MPs with a minority background would be elected in May, a 60% increase on the record 27 ethnic minority MPs elected in 2010. 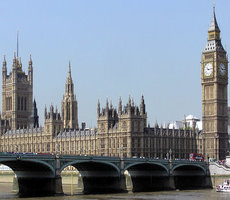 This says a lot about Britain. Voters have shown that skin colour doesn’t determine who they support. Party strategists who thought they could only choose ‘Ethnic faces for ethnic voters’ in the most diverse inner city seats have been proved wrong.

Much of this recent progress can be attributed to the Conservative Party. After 25 years largely of ‘ethnic politics in one party’ since the 1987 breakthrough of non-white Labour MPs, David Cameron’s Conservatives are now fielding as many non-white candidates as their Labour rivals – and have been more likely to select new candidates in safe seats during this Parliament.  The Conservatives could even overtake Labour on the number of non-white MPs if they won an outright majority in May.

Several factors have made ethnic diversity the ‘new normal’ in British politics. Chief among them is the significant increase in racial tolerance among the British electorate over the last 30 years. Social and demographic changes have also raised expectations, of equal treatment in political and public life, for the 2015 generation of non-white Britons.

Some barriers that still remain to ethnic minority representation in politics more broadly, however. The Liberal Democrats remain an all-white party in parliament and look likely to remain so; UKIP and the Lib Dems select fewer non-white candidates than Labour or the Conservatives. Ethnic Minority representation in parliament is largely confined to England. And while elected politics is more openly contested and meritocratic, there remains a lack of diversity in the ‘political backrooms’ of Special Advisors and strategists, as well as in the media and judiciary.

There is progress but it should not be a cue for complacency.  It was only comparatively recently that non-white MPs were elected in any significant numbers to Parliament. We would need around 65 ethnic minority MPs to make it representative of the diversity of modern Britain, and we are not there yet. But if the current progress continues, we will get there – potentially in the parliament elected in 2020.

Even while it is incomplete, the recent rapid progress in Parliamentary diversity is important. Over the last decade, Britain has come ever closer to being able to say, truthfully, to candidates for Parliament that they do now have fair chances, and do not face higher barriers for selection or election, to an extent that was not the case ten or fifteen years ago.  That does help the House of Commons to better reflect the country that it serves. That is an important step forward for British democracy. The recent changes also show that competition between parties has been an important catalyst for speeding up change.

But there is little reason to think that the increase in ethnic minority representation offers any magic key to shifting the votes of ethnic minority voters. This welcome progress has come about because voters – particularly white British voters – are mostly highly unlikely to vote for or against a candidate based on skin colour. It ought not to come as a surprise to the political parties to discover that ethnic minority voters don’t cast their votes based on the ethnicity of candidates either.

Ethnic diversity is the ‘new normal’ in British politics. MPs like Sajid Javid and Chuka Umunna are hotly-tipped as future party leaders. There is every reason to conclude that a non-white Prime Minister is probably just a matter of time but, in the Britain of 2015, whether somebody makes it to the top will depend on the content of their character, and their politics, not the colour of their skin.