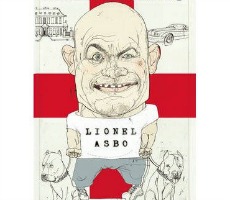 In a BBC4 documentary “Martin Amis’s England” to be broadcast this weekend, the author reportedly discusses the link between ethnicity and English identity. Amis says:

“… a Pakistani in Preston who says ‘I’m an Englishman’ – that statement would raise eyebrows, for the reason that there’s meant to be another layer of being English. There are other qualifications, other than being a citizen of the country, and it has to do with white skin and the habits of what is regarded to be civilised society, and recognisable, bourgeois society.”

But YouGov polling for British Future suggests that most people in England do not share Amis’s view. Just 22% of people in England say that it’s important for someone to be white for them to be regarded as English, compared to 74% who consider it not important. Disagreement is even more striking among the younger generation. Eleven per cent of 18-24 year olds say it is important for someone to be white, against 84% who say it isn’t. Conversely, those over 60 are more than three times as likely to consider being white as important compared to 18-24 year olds – though a majority still think it’s a minor factor at best.

An increase in people who are now separating whiteness from Englishness dovetails with an increase in people who are identifying as English. While some liberals may have been worried that the St George’s flag was synonymous with the English Defence League, England’s flag is more loved than they think. ICM research for British Future shows that nearly two-thirds (61%) feel the flag should be flown more widely across England. People in England are also now twice as likely to say they are more English than British over the other way round.

And for these people it’s certainly an inclusive identity, with ethnicity being low on the list of criteria. In YouGov’s polling of what makes people proud to be English 89% of respondents mentioned the English language, 85% mentioned the Lake District, 80% mentioned the Queen and 86% mentioned Shakespeare. Meanwhile, two-thirds of northerners say that London makes them proud, along with 70% across England, while two-thirds in the capital find national pride in Yorkshire pudding.

In recent decades, the question of whether it was possible to be black and be British has been resolved – British identity is seen not so much as an ethnic identity and more as a shared civic identity of a multiethnic state. English identity might be behind, but it’s catching up fast, as highlighted by Conservative MP John Redwood. Speaking at British Future’s Festival of Englishness, he said:

“I used to think that Britishness was the friendly, welcoming identity that we use to invite people into our country into, while Englishness was more exclusive. As I’ve thought about it more, I’ve realised that this is completely wrong.”

Jemimah Steinfeld is a freelance journalist living in London. Follow her @JFSteinfeld