52 minority MPs to sit in ‘most diverse UK parliament ever’ 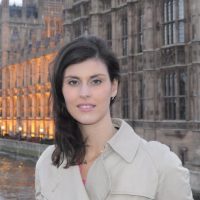 There will be a record number of ethnic minority MPs in the new House of Commons – with 52 non-white parliamentarians elected compared to 41 in the last Parliament. Thirty years on, that tells a positive story about integration since the breakthrough election of 1987, writes Sunder Katwala.

Most of the new minority MPs will sit on the Labour benches. The Conservative Party had hoped to step up on minority representation and perhaps even overtake Labour if early polls had proved correct and the party made significant electoral gains. Instead, Labour is again well ahead with the Conservatives left behind, after a disappointing night for Theresa May and a failure to select enough BME candidates.

After the success of the Conservative campaign group Women2Win in addressing gender balance, there are now calls from within the Tory party for similar structures to ensure a strong supply of minority candidates in the future.

That MP is Layla Moran in Oxford West and Abingdon, who overturned a blackjack live online Conservative majority of nearly 10,000 to take the university seat. A physics teacher, she is mixed race: her mother is a Christian Palestinian from Jerusalem, making her among the first British MPs with Arab roots. Moran is one of twelve new ‘Class of 2017’ ethnic minority MPs, alongside nine for Labour and two Conservatives. They are:

Of the 41 ethnic minority MPs who stood again in this General Election, 40 were re-elected, 23 for Labour and 17 for the Conservatives. The SNP’s Tasmina Ahmed-Sheikh was defeated in Ochil and South Perthshire, leaving Scotland without any ethnic minority MPs in the new Parliament. Tulip Siddiq in Hampstead and Kilburn, and Rupa Huq in Ealing Central and Acton successfully defended very small majorities at the top of the target list

The election of Labour’s Tan Dhesi in Slough along with Preet Gill in Edgbaston means there will be two Sikh MPs in the new House of Commons, ending the absence of Sikh MPs from the last Parliament.