Can We Talk About This? 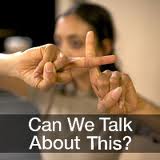 From the 1989 book burnings of Salman Rushdie’s The Satanic Verses, to the murder of filmmaker Theo Van Gogh and the controversy of the ‘Muhammad cartoons’ in 2005, DV8’s new production examines how these events have reflected and influenced multicultural policies, freedom of speech and censorship. Can We Talk About This? is based on real voices and interviews, with leading figures from across the religious, political, cultural and social spectrum, including MPs, high profile authors and journalists.

Tickets for the platform event are £4 (£3 concessions).

More information: Platform event and Can we talk about this? performances.