Will Englishness have a political dimension?

Last week British Future director Sunder Katwala wrote an article in the Guardian arguing that people should not feel uncomfortable about celebrating their Englishness, in response to David Edgar’s piece about the Festival of Englishness making him feel “queasy”. In this guest blog by Eddie Bone, the campaign director at the Campaign for an English Parliament challenges Sunder’s article and offers his own argument on the future of Englishness. 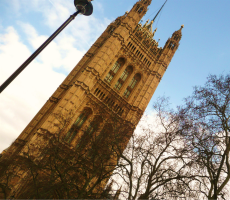 Over the next few years the tectonic plates of UK devolution will move and England’s 1,000 year existence will be challenged. Scotland’s seismic decision to have a referendum on independence will bring a tsunami of debate as to why the UK was created and it will become essential for England to unite and speak with one voice.

During these negotiations the British government will claim to speak for all the nations of the UK, yet individually it speaks for none. Scotland, Wales and Northern Ireland all have first ministers to speak on their behalf. It is England alone that is left vulnerable and without a voice and during these negotiations the people of England will not be properly represented.

Currently these negotiations will be held between Scottish representatives of the British government (Brit-Scots) and Scottish representatives of Scotland (Nat-Scots). This is of grave concern as all negotiations need to be truly representative of those involved. If negotiations are not transparent and fair then the aftershock of the referendum could be devastating. How you identify yourself will become imperative. The nationality of Alistair Carmichael, Alistair Darling, Nicola Sturgeon and Alex Salmond is obvious, Brit or Nat they are all clearly Scottish. Now all political leaders involved need to declare their nationality as well. Just being British is not enough for these negotiations as Britishness is a political construct.

To illustrate we need to examine what happens when other states divide. The creation of Pakistan in 1947 is a good example. How ridiculous would it have been if negotiations only occurred between Pakistanis and Pakistanis with Indians being wholly excluded from the discussions? Another more recent and sobering example is Tito’s Yugoslavia. Yugoslavia experienced constant weak reforms which failed to resolve key national problems. In the end the continuation of Yugoslavia came to be seen as working against the majority nation, Serbia, who became increasingly frustrated as they perceived that they were subsidising the others at the cost of their own standard of living. We therefore need to learn from the past and understand that only fair representation will stop the threat to maintaining a peaceful UK.

Those living in England now have a choice: embrace Englishness or allow a British government to control them using the method of divide and rule. Splitting groups and stifling sensible debate is one way the British establishment will succeed. Another is excessively favouring one group. In the case of the UK this is seen by the English as overly favouring Scotland whilst creating division in England. British representative Lord Mountbatten provided an outstanding example of British imperialist technique of creating division. It is now accepted that he overly favoured India during negotiations with Pakistan and they ended tragically in bloodshed. The effect of that division is still noticeable today.

England should probably thank the Scottish National Party (SNP). Their referendum may help release it from the chains of an unfair settlement introduced in 1998. The SNP have given the people of England an opportunity to embrace a rebirth of English identity. This identity needs to be inclusive which, although richly influenced by all the cultures living in England, will be held together by the cement of Englishness. This is not to say that British multiculturalism has failed, but it is now necessary for it to evolve and embrace a new approach.

This new approach is essential due to the potential cessation of the UK. Multiculturalism needs to flower into an English multi-ethnic and multi-racial society that unites all the skills held within our communities. Having the courage to move forward provides a fantastic opportunity. The creation of an English parliament will facilitate a rebalancing of all ethnic identities within the political process, ensuring ethnically diverse views and representations are included. It would allow everyone to stand together, different but harmonious.

Instead of being entrapped by an outdated imperialist British identity dipped in the blood of colonialism, all ethnic identities could become involved in the creation of an English parliament, laying a claim to protect democracy and the subsequent standards of living in England. An English parliament and a cohesive, harmonious English voice that appreciates we have different political and social views are needed to unify England.

Many settlers in England took on a British identity without issue. Embracing Englishness will be no different. For Englishness to fully supplant Britishness, everyone in England needs to feel a kindred spirit towards being English. This has been achieved in the US and people of diverse cultural backgrounds embrace being American. For example, Indian-English, Polish-English, Australian-English, Jamaican-English and so forth, as the American model shows.

This does not mean that people settling in England should give up their national origins. If they want to, they should embrace their past and traditions and forge them into English society through democratic process. Scottish devolution has shown the English what communities can achieve if they argue the case of protecting national interests – together we will be strong. Scotland has developed a new sense of self, England can do the same. Devolution has given all living in England a new chance, a new beginning just as Scotland is experiencing. Let’s start working together. Let’s protect England and our future.

Eddie Bone is campaign director at the Campaign for an English Parliament.