Which British tribe do you belong to?

Are you a Grumpy Nostalgic or part of team Jam and Jerusalem? Are you a Northern Soul or a Post-National Cosmopolitan? In an article in the Observer, Sunder Katwala outlines the main tribes that reflect our attitudes towards Modern Britain. They divide along various lines according to criteria such as class, place and age, but significantly unite at other points. It is this unity which says a lot about the country today and which should be built upon, writes Katwala.

There are different ways to express your pride and patriotism in Britain today. Some love a street party; others find the monarchy an embarrassment; the multi-ethnic story makes more sense in Birmingham than in Cornwall, Cumbria or Dundee. 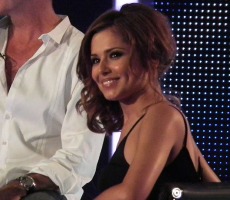 Cheryl Cole is part of the Northern Soul tribe. Fifteen percent of the population fall into this. Photo: rustieallie

So the patriotism tribes of modern Britain tell a story about place, class and education (and politics too). The north mostly has a stronger sense of national identity than liberal London, but doesn’t always recognise its patriotism in the official version of the governing classes.

Most Scots want the English to keep the angry rejectionists, while their referendum argument between two varieties of liberal patriotism is still being led by those who are proudly Scottish but wish to stay British too.

There is an enormous gulf in worldviews between the most and least liberal tribes. Yet both are tiny niches of the population and, curiously, the hyper-cosmopolitan tribe, who see no need for national identity at all, and the angriest rejectionists, with nothing to be proud of since their country was stolen from them, turn out to be curiously linked when they share an allergic reaction to those forms of patriotism and pride which do bring together most people in modern Britain.

Increasingly, the biggest divide is less class but age. One of the things that annoys Mr Grumpy Nostalgic is that his children aren’t annoyed enough about the pressures they face. That is largely because the next generation grew up with the diversity that the over-60s experienced as new and unsettling change. Women are a little more optimistic too: Mrs Jam and Jerusalem, though often married to Mr Grumpy Nostalgic, thought young men in love being able to get married was rather nice, not a threat to civilisation.

So, no culture wars please, we’re British. It is because we are a plural, changing and sometimes fragmented society that there is a growing popular appetite for things that bring us together.

Politicians and commentators may divide between a liberal celebration of the NHS and the BBC versus a traditionalist lauding of Shakespeare, the army and the monarchy, but most people embrace them as shared institutions that all represent the best of British. Only a small minority found Danny Boyle’s Olympic opening ceremony, which included them all, politically contentious – and they would have enjoyed the Queen’s jubilee more, anyway.

This surprising ability to unite traditional and modern will define next year’s centenary of the first world war. Eight out of 10 of us believe it will be good for integration to commemorate the sacrifice of all those who died for Britain, including the Commonwealth soldiers who represent the forgotten, shared history of our multi-ethnic society.

Our patriotism tribes should talk to each other more. If the metropolitan patriots could embrace an inclusive Englishness too, they would find more common ground with most people who live outside London. Of course, the tribes want to argue their different visions out: we all agree that free speech is a big part of being British. But each of us could learn something if we sat down and listened to the tribe next door. Cup of tea, anyone?

Which tribe do you fit in? Click here to see the full list alongside their defining characteristics.

This article has been modified for the site. The original version appeared in the Observer here.