What next for youth in the north-east?

One of the most pressing issues today is the sheer amount of young people in need of employment. Since the recession, the rate of people aged 16 to 25 not in work has been steadily increasing, with over 979,000 young people unemployed nationwide between December 2012 and February 2013. The north-east has the highest rates of youth unemployment, accounting for over 21% of the total figure for the whole country. As a 17-year-old living here, these statistics don’t present a particularly hopeful future for my peers and myself. What then can be done to help today’s youth, asks Next Generation thinker Matilda Neill. 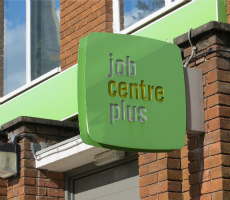 It looks like we too will be joining the huge queue of people single-handedly destroying the rainforests so we have enough CVs to hand into every shop, café, restaurant or  bar that we pass, in the desperate hope that one may offer us employment of some kind, even if it’s minimum wage and unchallenging. That is still better than contributing to the negative statistics and stereotypes by claiming job seeker’s allowance and living on our parents’ sofas.

One piece of advice that keeps being delivered to us is to get experience, as the longer you stay out of the labour market, the harder it is to get into it. However, if we are not being employed because of our lack of experience but we cannot get experience because of the lack of employment, we become trapped in a vicious cycle of refusals. It’s no wonder that Tyneside is becoming capital of the charity shops, as the number of young volunteers, desperate for experience, is increasingly growing.

Perhaps the problem lies with the attitudes of the employers. There are many misconceptions that work carried out by young people will be insufficient in comparison with that of the older generations. In reality many young people become stuck in occupations for which they are overqualified. Graduates from university struggle to find a job in which their skill set is utilised to its full potential because the decrease in jobs available is arguably most apparent in the middle-skill roles section, which was traditionally filled by people in the 16 to 25 age range.

Currently, there are several initiatives and schemes that encourage young people to set up their own businesses. This appeals on several levels. The skills that new graduates have acquired in education can be properly used and their knowledge about the contemporary consumer market, through first-hand experience of it, could help them determine the type of business that would thrive and succeed in today’s world.

Although the entrepreneurial path may seem a more unrealistic dream for those of us at the top end of the country, this could in fact give the idea greater merit. In an area that is increasingly becoming like a ghost town, it would be refreshing to see some new business ideas, and I believe young people would be perfectly suited to lead this initiative.

While youth unemployment is often dismissed as unsolvable, regarded as something that will always exist, a solution does need to be found and more importantly acted upon. Deeming an entire generation as a lost cause will have disastrous consequences not just for them and their families, but for the economy and the well-being of the entire nation.

Next Generation blogger Matilta Neill, 17, is from Whitley Bay near Newcastle. She is currently studying for her A-levels and has worked on the Young People’s Charter for Arts and Culture,  a Legacy Trust UK programme for the north-east.